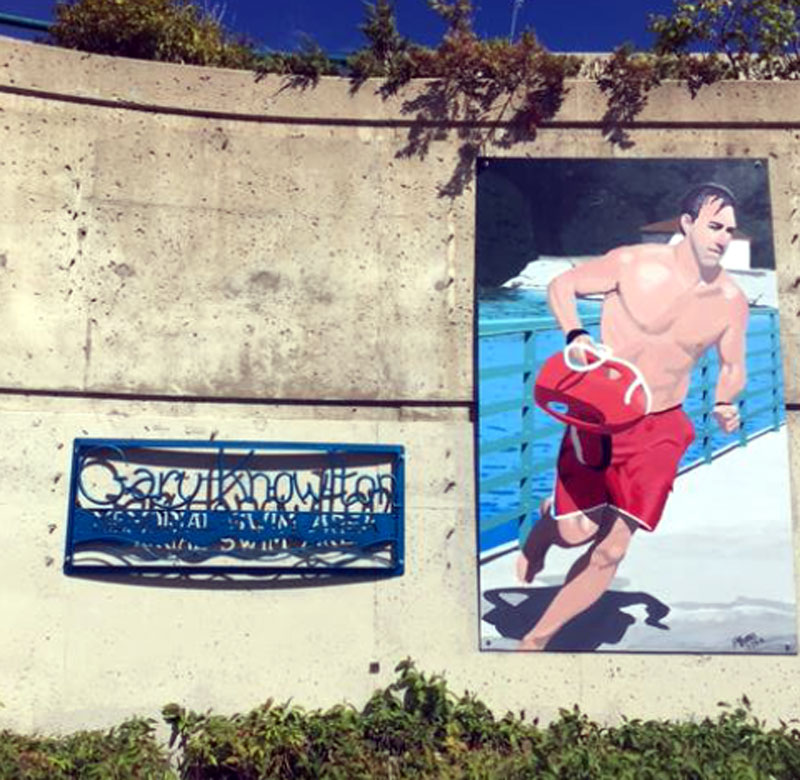 On October 16, 2016, the Manson Parks Board of Commissioners unanimously voted to name the swim area at Manson Bay Park.

The name chosen was “Gary Knowlton Memorial Swim Area” in honor of lifeguard Gary Knowlton, who passed away suddenly on July 16, 2016.

Local artist Mark Strain (Strain’s Customs) accepted the task of creating a plaque to appropriately memorialize Gary. It was unveiled at the Lake Chelan Swim on September 9th, 2017 after a heart-felt speech given by Mr. Clyde Ballard. The plaque perfectly represents Gary’s energy and love of life. It is on display alongside a painting of Gary, which was made by local artist Phil Thomas.

We invite anyone whose life was touched by Gary to stop by and see the memorial.