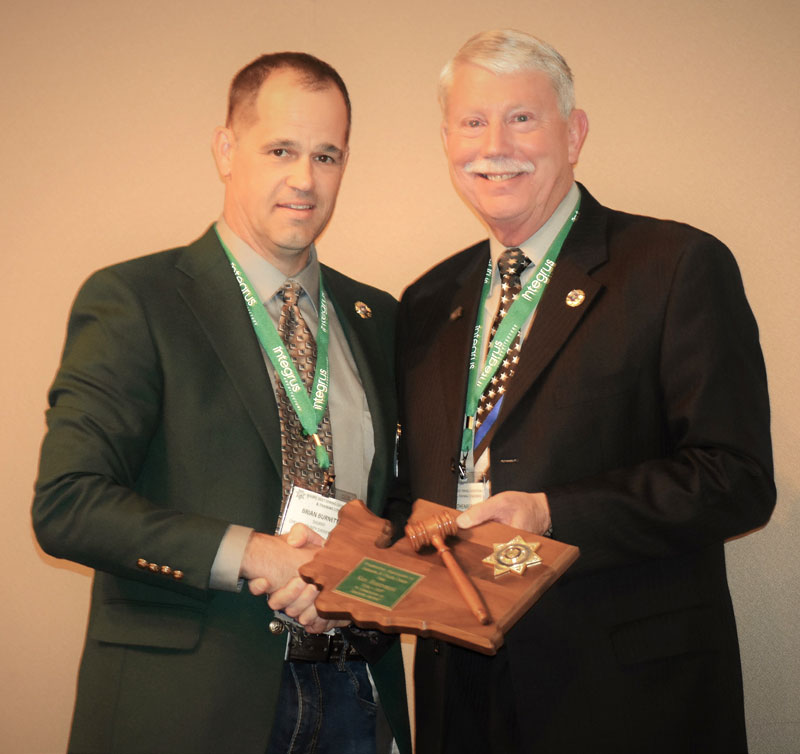 WASPC held their annual spring conference at the Spokane Convention Center May 22 – 25, 2017. During which the now Past President, Kennewick Police Chief Ken Hohenberg, officially installed Sheriff Burnett on Wednesday evening.

Sheriff Burnett will serve a one-year term as President of WASPC. He has previously served one year terms as Vice President and President elect, before serving as a Sheriff at large position. Sheriff Burnett calls the opportunity both an honor and humbling, since his nomination came from his peers of the 38 other elected Sheriffs of the State of Washington. WASPC alternates the President position annually from Sheriff to Chief and back to Sheriff.

Sheriff Burnett stated that he originally became involved with WASPC to help network with other Sheriffs and Chiefs from around the state, in order to form relationships and gain knowledge on best practices in Law Enforcement in order to reduce liability for the taxpayers of Chelan County.

Sheriff Burnett’s term as WASPC President runs from May 2017 – May 2018. Sheriff Burnett is also a current co-chair for the Sex Offender Notification and Registration Committee.