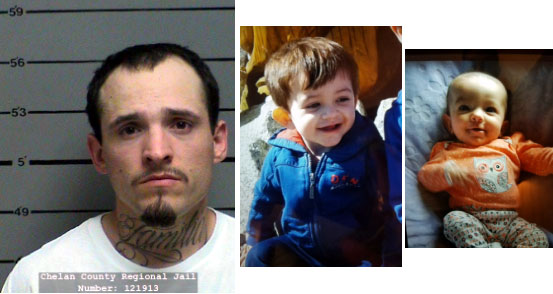 The Chelan County Sheriff’s Office is attempting to locate 28 year-old Sergio I. Valdes, who has two outstanding felony warrants for his arrest. On May 29, 2017, Valdes was involved in an altercation at the Slide Waters amusement park in Chelan. He fled the scene and took with him his two youngest children, being 18 months- old Casper, and the other 6 months- old Aviahna. Valdes is believed to still be with his children but their whereabouts are unknown. The children’s mother has not seen them since May 29.

Help us get these children back to their mother and family safely. Anyone with information about the whereabouts of Sergio Valdes or his children are asked to call the Chelan County Sheriff’s Office at 667-6843, or the RiverCom dispatch center at 663-9911