I–1639, the 2nd Amendment & concerns of the Constitution 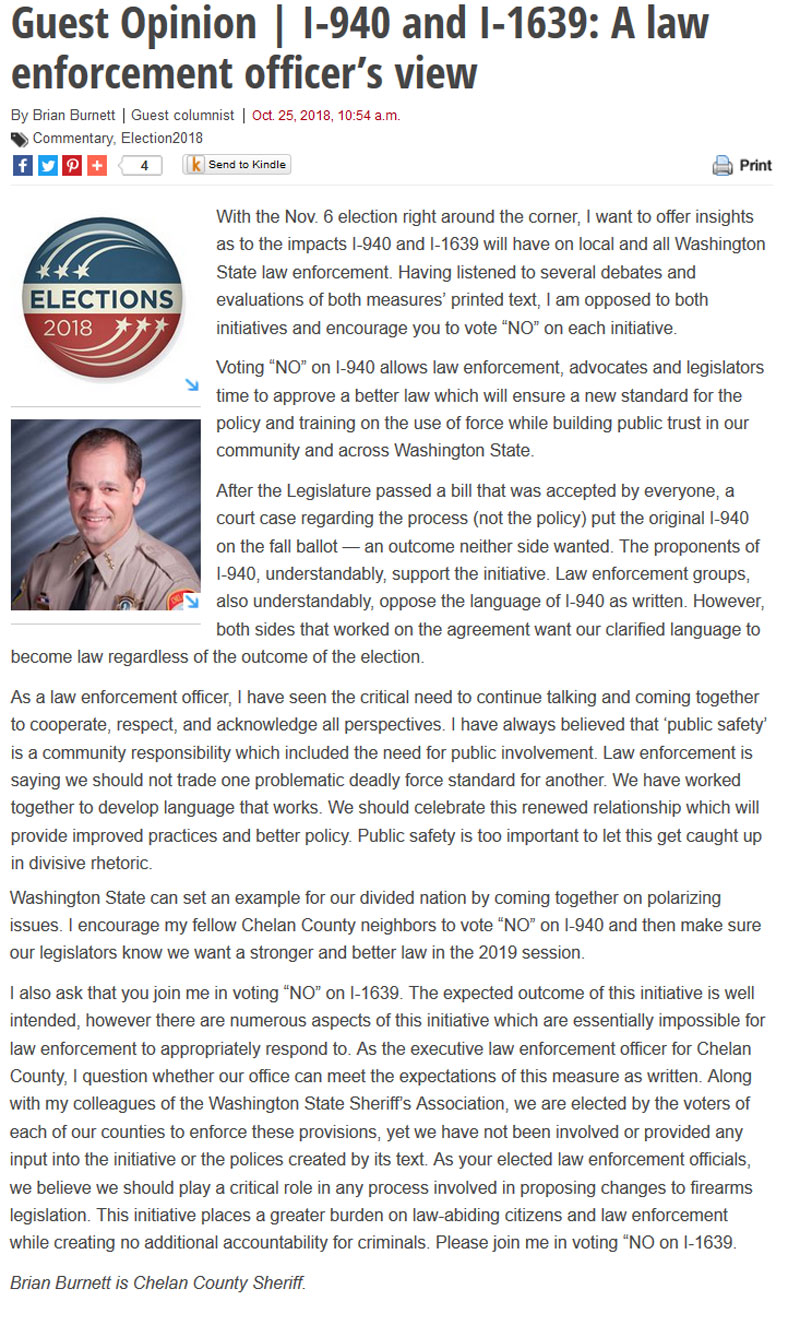 In October of 2018, I submitted a letter / guest opinion to the Wenatchee World asking for voters to vote no against both I–940 and I–1638. (See attached)

The following statement, which I am in agreement with, was posted on the Washington State Sheriffs Association page on 1/01/19.

Initiative 1639 makes significant changes to the firearm laws of the State of Washington. The Washington State Sheriffs Association publicly opposed Initiative 1639 prior to the election. As the elected Sheriffs of our respective counties, we expressed our concern that the initiative placed greater restrictions on law-abiding citizens while creating unreasonable expectations regarding how such restrictions would be enforced. These concerns continue to exist today.

The initiative is being challenged in court, and concerns a topic about which many of us feel very strongly -- our rights as protected by the Second Amendment. As elected Sheriffs, we are sworn to uphold all rights protected by the Constitution. First and foremost, we are sworn to uphold the Rule of Law and the Constitution. We reaffirm our strong support for the Rule of Law and for the Courts to be the separate but equal branch of our government that interpret that law.

In recognition of this separation of powers we encourage all residents of our state to join us in balancing our opinions and beliefs on this issue with our commitment to our Oath of Office and to the Rule of Law, and ask that you work alongside us to resolve our differences within the framework of the Constitution.

As with many other laws, the application of Initiative 1639 will undoubtedly vary from county to county across the State, based on local priorities and resources available. We will continue to monitor the process as the Courts weigh in on any challenges, and look forward to working with the people of the State of Washington to improve public safety in all of our communities. http://washeriffs.org

As your Chelan County Sheriff, I am committed to serving the citizens in a way that both protects their Constitutional rights while being both fair and impartial while upholding the rule of law.