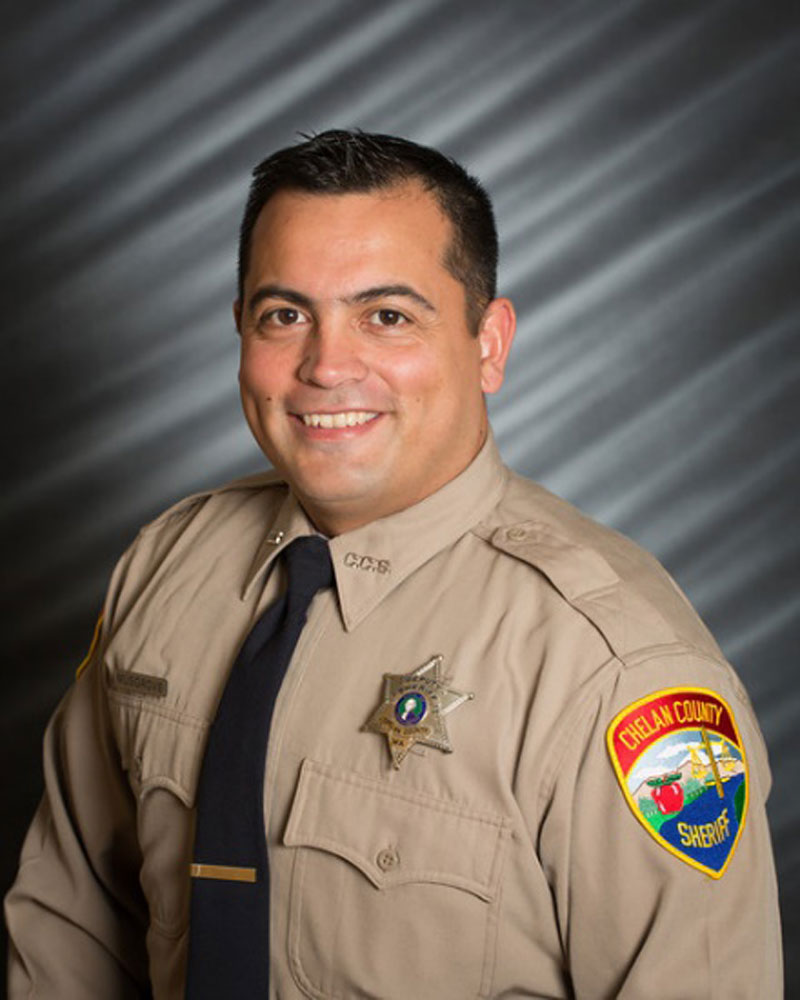 Sheriff Brian Burnett proudly announces that Chelan County Sheriff’s Office Patrol Sergeant Adam Musgrove has been selected to be promoted to Chief of Patrol, tentatively scheduled for July 1, 2020. This is following the recent announcement of Chief of Patrol Rick Johnson being selected as the next Chief for East Wenatchee Police Department.

Sergeant Musgrove has been with the Chelan County Sheriff’s Office since March 1, 2012 when both he and his wife decided to move to East Wenatchee in order to be closer to family. He was born in Hawaii and grew up in Oak Harbor where he graduated high school in 1996. He served on active duty in the Navy from 1996-2006 and he continues to serve in the U.S. Navy Reserve, as he approaches 25 years of service and holds the rank of Senior Chief.  He spent a majority of his Navy career as a Patrol Leader in the Navy Expeditionary Combat Command community where he deployed several times overseas. Musgrove joined the Sedro Wooley Police Department in 2006 where he worked until being hired by Sheriff Burnett in 2012. Musgrove was promoted to Sergeant for the Chelan County Sheriff’s Office in September 2017, and is currently a nightshift supervisor for a patrol squad.  He runs the Reserve Program for CCSO and is a Domestic Violence instructor. He has organized two Reserve Academies and one Citizens Academy. He has served as a Field Training Officer and is close to becoming an FTO Instructor.  He created and runs the CCSO Santa’s Stars program every year. Sergeant Musgrove has completed a course in Police Leadership, “the West Point Model” and more recently a Senior Leadership Course at the Navy War College. He lives in East Wenatchee and is married with 2 daughters.

Sergeant Musgrove brings some great leadership qualities to the Sheriff’s Office and the Chief of Patrol position. Sheriff Burnett says that although he is sad to see his current Chief of Patrol Rick Johnson leave, he is equally excited about the future of the Sheriff’s leadership growth, both in the command level and first line supervisors who are such an essential part of our operations and leadership. Sheriff Burnett says, “This is an exciting time of growth for the Chelan County Sheriff’s Office and I’m personally excited and confident with the staff we have to lead us successfully into the future.”