Fentanyl in pill form is in our area and is deadly 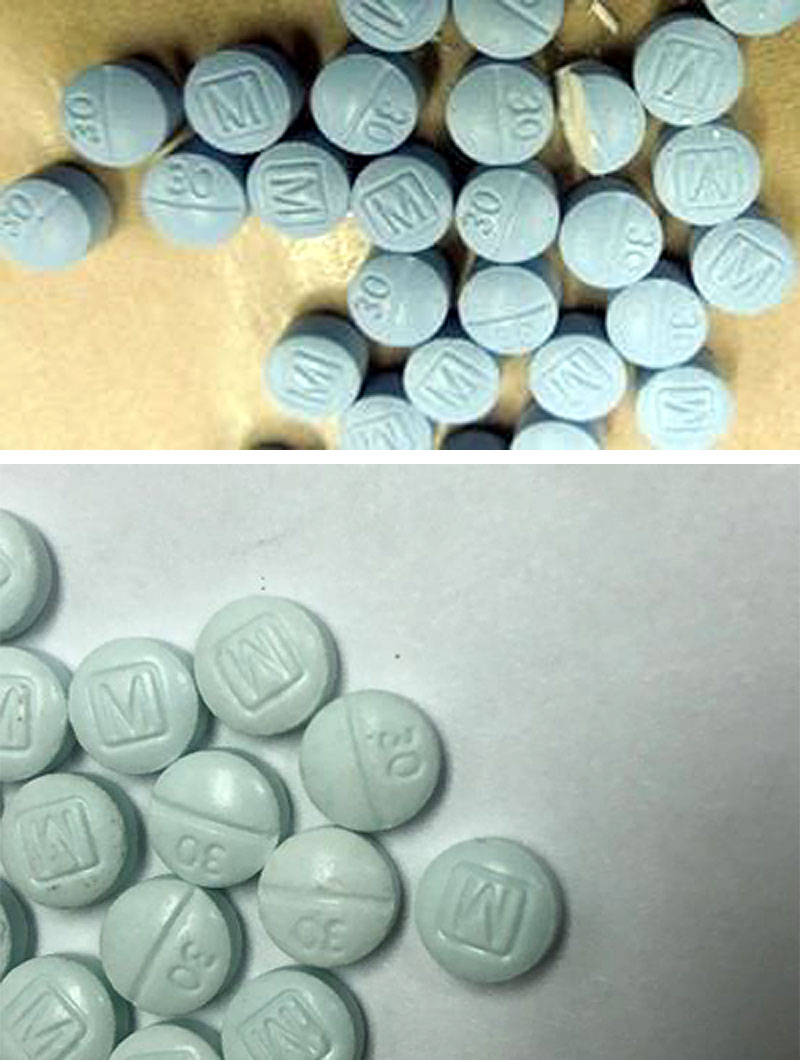 The pictures above are of “Perc 30” pills that have been seized by local Law Enforcement.

Over the last 3 months the Columbia River Drug Task Force has seen an increase in Fentanyl in the Wenatchee Valley. Specifically, Fentanyl disguised as prescription medication in pill form. The pills are small, round, blueish in color, and imprinted with an “M” on one side and a “30” on the opposite side. They are being referred to as “Perc 30’s” and trying to be passed as a Percocet pill. Percocet is a brand name for a pain killer of oxycodone and acetaminophen. “Perc 30’s” are being produced with a binding agent and fentanyl, in make shift labs that do not have the ability to control the amount of fentanyl in each pill. Fentanyl is a synthetic opioid that is 100 times more potent than morphine.

The Valley has seen an increase in overdose reports leading to near death experiences or even death. The law enforcement community has also suffered unintended exposure to the drug leading to medical treatment. It has been explained that the amount of Fentanyl equal to the size of a sugar packet has the potential for over 500 lethal doses.

Information about Fentanyl can be found at https://www.dea.gov/factsheets/fentanyl

You can submit tips on these pills or any other drug activity at the following link on the Chelan County Sheriff’s web page: https://www.co.chelan.wa.us/sheriff/forms/submit-a-tip