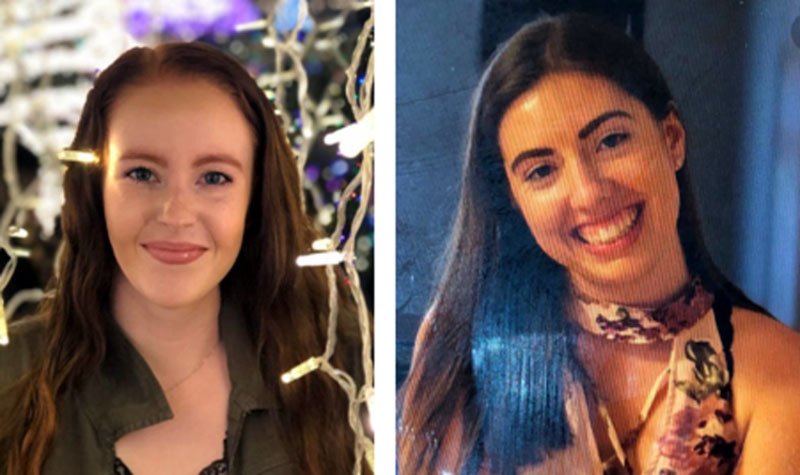 The two female hikers from Snohomish, WA were originally reported overdue by family on Saturday evening just after 9:00pm. Hope Ryan (21yoa) and Kristen Jost (23yoa) had planned to through-hike the “Enchantments” from the Stuart Lake Trailhead to the Snow Lakes Trailhead from 6:30am to 8:00pm Saturday. When Ryan and Jost did not arrive out by late Sunday morning, Sheriff’s Office SAR coordinators inserted a Chelan County Volunteer Search and Rescue (CCVSAR) team on the Snow Lakes Trail. That team contacted dozens of hikers on the trail, but the vast majority had not seen the overdue subjects. Sunday evening, a local couple who had hiked out of the Enchantments via a route passing by Earle Lake – 2 ½ miles north of the main trail system – told SAR coordinators they had seen two female hikers matching Ryan and Jost’s description near Earle Lake at around noon on Sunday.

On Monday, an additional five search teams consisting of CCVSAR and Chelan County Mountain Rescue personnel were deployed on the trail system with a plan to focus on the Earle Lake basin and surrounding area. Snohomish County’s SNOHAWK-10 helicopter was requested to assist in inserting a team above the lake while also assisting in an aerial search. At 8:22pm, the SNOHAWK-10 crew located Ryan and Jost near Earle Lake. They were loaded into the aircraft and flown out to the SAR coordination base at the Leavenworth National Fish Hatchery. Both were found to be in good physical condition after spending three days in the wilderness with very limited supplies.

Ryan and Jost told SAR coordinators they mistakenly turned to the north off of the main Snow Lakes Trail while in the core of the Enchantments. They eventually realized they were lost by late Saturday around dusk. Ryan and Jost decided to remain in the Earle Lake area hoping for rescue. They rationed their limited food supplies and had some extra clothing to stay warm.