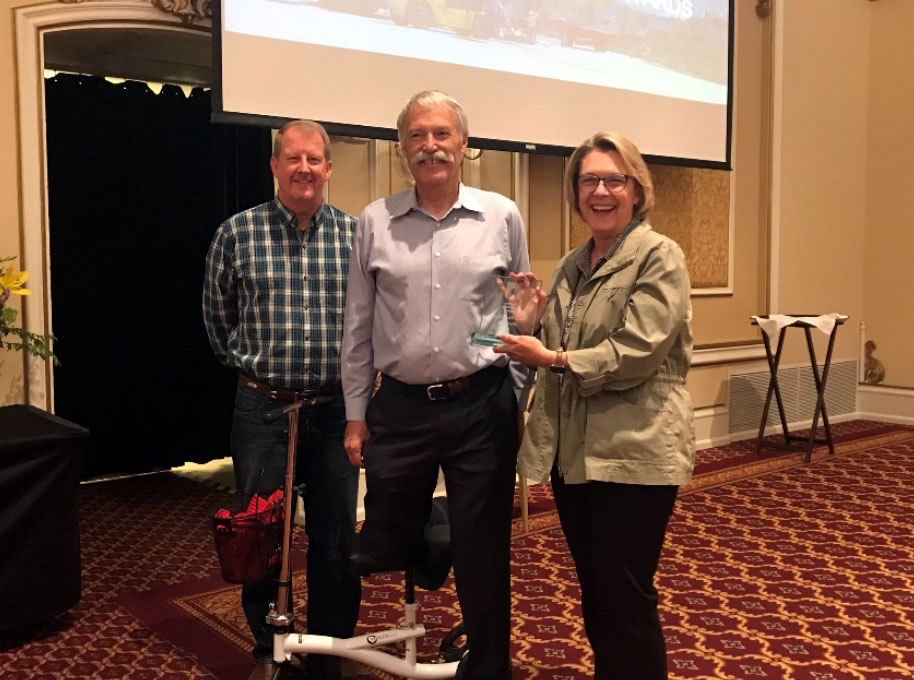 May 21, 2019 - On May 17th the Port of Chelan County was presented with the Washington Public Port Association’s 2019 Creative Partnership Award for its role in the creation and evolution of the Pybus Public Market on the Wenatchee Waterfront. Pictured above receiving the award is Port Executive Director Jim Kuntz, Commissioner Donn Etherington and Commission President JC Baldwin.

The success of the Pybus Public Market was possible due to multi-faceted partnerships with the City of Wenatchee, the federal government, State of Washington, private investors, and non-profits.

The Port of Chelan County purchased the 28,000 square-foot warehouse in 2010 to stimulate private investment on the Wenatchee waterfront, create a yearround public market, and provide a permanent home for the seasonal Wenatchee Valley Farmers Market. This vision captured the attention of the community. This led to financial support from U.S. Senator Patty Murray’s office, the City of
Wenatchee, Local Revitalization Funding from the state, and a generous private donation. This culminated with a $5.75 million investment into reconstruction of the core and shell followed by many millions more invested by tenants locating in the Market.

The Market opened in May of 2013 with great success. In early 2017, the Port sold the Market to the Pybus Charitable Foundation. In 2018, the Port and the Charitable Foundation started another chapter with its Pybus Partnership. The Port entered into a five-year lease with the Foundation for the newly constructed second floor of the Pybus Annex in order to attract tech entrepreneurs to Chelan County and stimulate economic development. The Port’s Business Incubator currently has its first tenant in place: Subsplash, a Seattle-based software company.