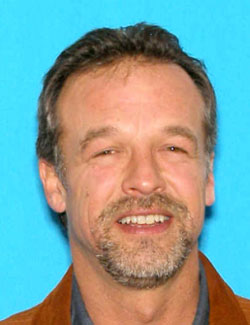 Victor Barnard, wanted on 59 counts of sexual misconduct with children, possibly in Raymond

(Olympia)—Detectives with the Washington State Patrol have received what they believe is a credible tip as to the location of Victor Barnard, a former minister from Pine County, Minnesota, charged with 59 counts of sexual molestation of children.

Earlier today Barnard, 52, was reportedly seen leaving the McDonalds restaurant on SR 101 in Raymond heading towards Aberdeen. He was seen driving a dark blue Audi 2 door with tinted windows and a spoiler. The witness indicated the vehicle “looks like a Porsche.” There was a white female riding with him at the time.

Additional information was developed that places Barnard in the Raymond and Aberdeen areas for approximately the previous week.

On April 11, the Pine County, MN, Attorney’s Office issued a criminal complaint against Barnard. The charges result from a multi-year investigation by the Pine County Sheriff’s Office into Barnard’s behavior while he was ministering to a religious group in Northern Pine County.

Anyone who may have information as to the whereabouts of Victor Barnard, please call 911. Local police agencies are assisting in the search and will be ready for your call.