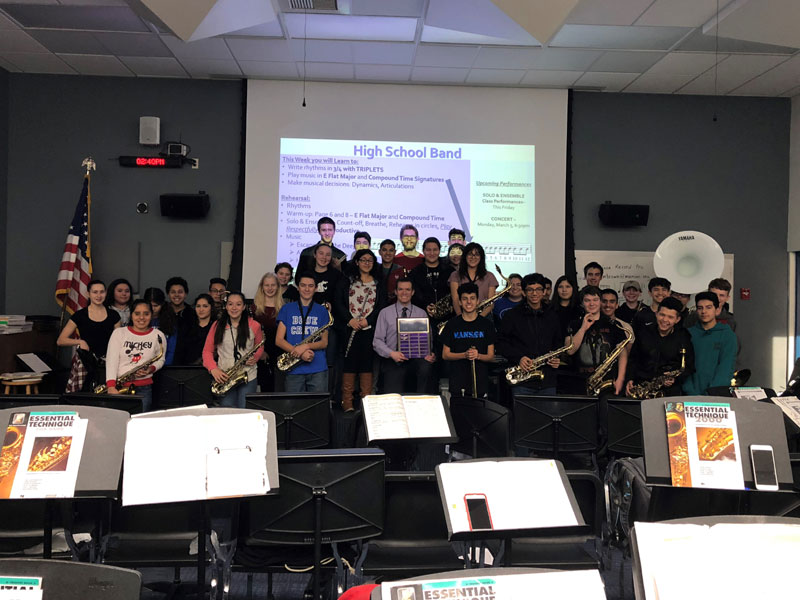 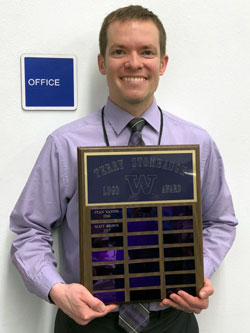 This award is presented in the memory of former Husky band member Terry Stombaugh who conceived the idea for the “W” entrance drill.

This award is given annually to current or former music education major from the Husky Marching Band whose music education impacts and exemplifies dedication to the advancement of music.

Mr. Brown was presented with a “W” plaque along with a $500 honorarium to help assist his music program in the Manson School District. Congratulations Mr. Brown!