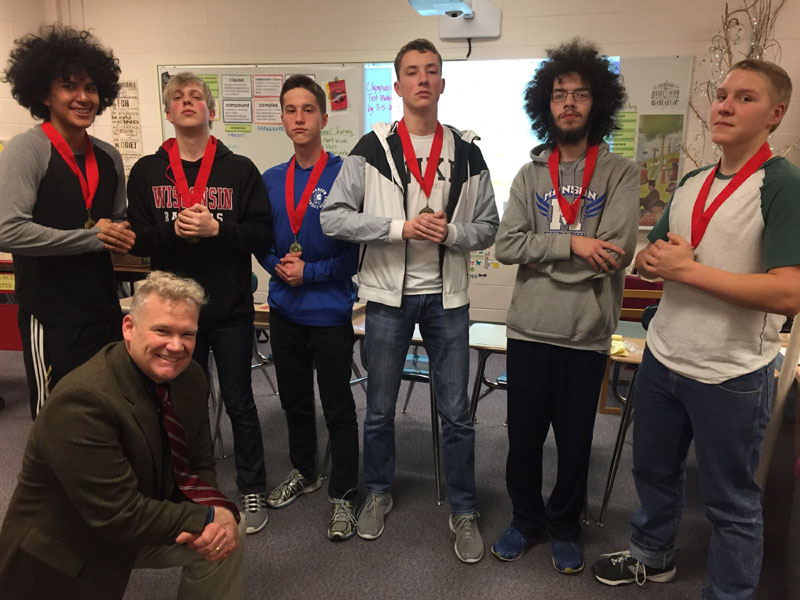 The Manson team competed against four other 2B schools: Liberty Bell, Tonasket, Soap Lake, and Brewster. All of the schools were fighting for one of the three spots that would guarantee a berth to the 37th Annual Washington State Knowledge Bowl Tournament on Saturday, March 23rd at West Valley High School in Yakima, Washington.  Last year, Manson missed going to State by one point to Soap Lake.  This year was a different story.  During the oral rounds, they fought hard and easily defeated Brewster, Tonasket, and Soap Lake.  The toughest competition for Manson was the perennial juggernaut and State Contender Liberty Bell. By the end of the night, Manson (65 points) sent a clear message to Soap Lake (54 points) that they were not going away without the win and hardware.  With their drive and determination, Manson clearly took 2nd place. Liberty Bell achieved top honors, finishing the night with a whopping 116 points. 3rd place went to Soap Lake, Tonasket took 4th with 35 points, and Brewster finished the night with a 5th place finish and earned 26 points.