Two new machines made their debut in the weight room this week at Manson High School.

Sarah Wiggum and Kami Kronbauer, both teachers at the high school, submitted a proposal through the CWU GEAR UP program to purchase ergometers (commonly known as rowing machines) for the Manson Secondary School.

"We are incredibly excited to find an avenue to integrate math and physical education," says Mrs. Wiggum. "Not only will students be able to learn about kinesthetic awareness and timing while they are challenging their cardiovascular system, but they will also be diving into a unit embedded with subjects like rate, power, and momentum."

The mind-body connection can be incredibly powerful when it comes to recall of knowledge, and for some students, being able to make these connections both mentally and physically helps solidify and expand their learning. Wiggum states, "they won’t just be able to remember the process but FEEL the process."

Manson School District is forming a facilities review committee and would like to invite any resident of Manson to join in this work. The committee is charged with:

Our first meeting is October 15th at 6:30PM at the Manson District Office.

Titus Petersen, finalist for "Future Tech Leader of the Year" 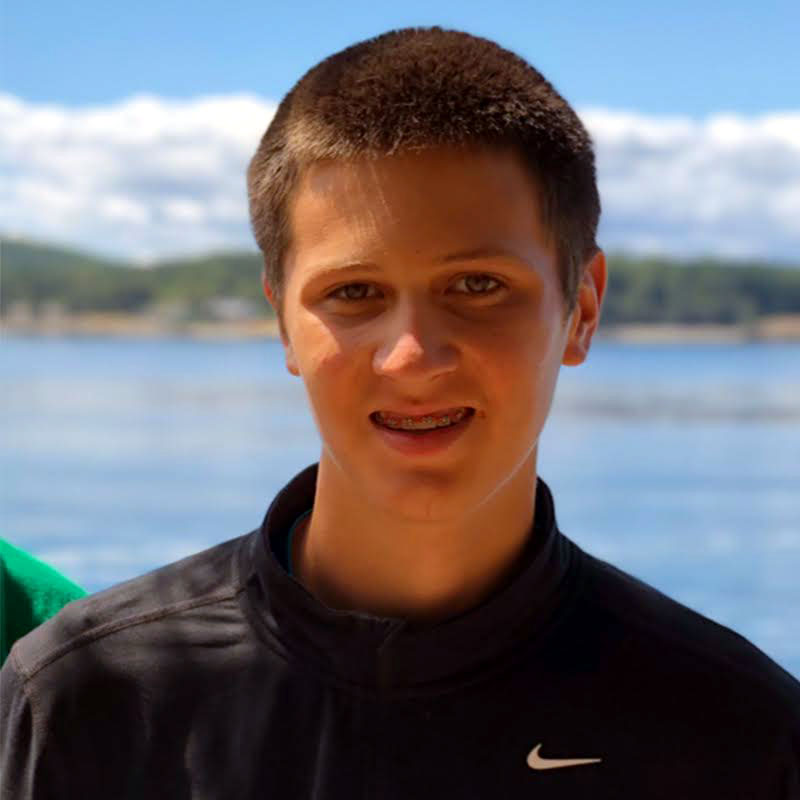 Titus was nominated for researching and conducting experiments on atmospheric/wind patterns using cutting edge technology and video capabilities to learn about a topic he was interested in. Back in May he launched his first ever weather balloon which traveled over 90,000 feet about the earth. Titus document his project and it is available for viewing at: https://www.youtube.com/watch?v=GU1h5tdO1js&t=1s

Manson students give Mr. Brown a big sendoff to Teacher of the Year finals

“On to State Mr. Brown! Good luck as you complete with nine other finalists from all over the state for “Teacher of the Year”  What a great send-off from all your coworkers and students…you got this!”

Manson School District is holding Open House Monday, August 27 from 5:30-6:30 in each building followed by a Community Dessert Potluck!

Stay for the our annual Movie on the Big Screen beginning at 8pm (or dusk) on the football field! 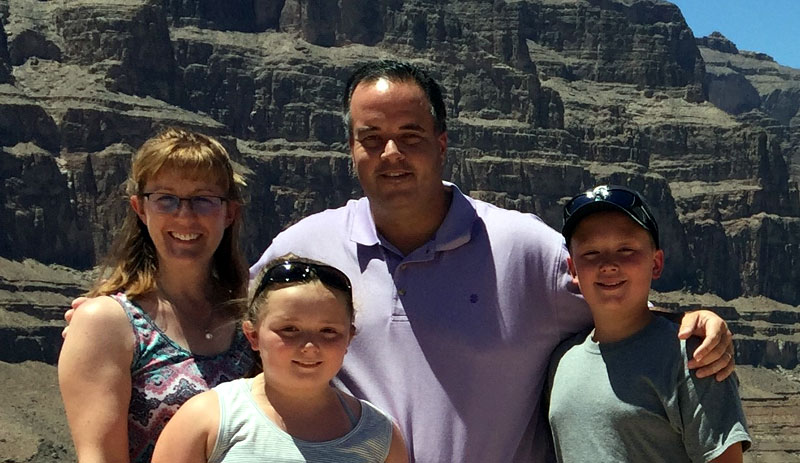 Mr. Thurman comes to Manson from the Yakima School District with 20 years of experience.  He began his educational career as a para-educator for two years at Sunnyside School District where he then became a teacher and taught for six years. He received his administrative certification in 2012 and has worked as a curriculum and assessment coordinator, special programs director and assistant middle school principal. He currently serves as Yakima School District’s Title One Chief Officer.

Shawn, his wife Kristy, son Scott and daughter Jessica are excited to join Manson School District and the Manson Community.

Specifications and Vender Bid Proposal forms are available from the Manson School District Office at 135 S. Hill St, Manson, WA (509) 687-3140 or at www.manson.org.

Bids should be emailed to Operations Manager, Eric Sivertson at This email address is being protected from spambots. You need JavaScript enabled to view it. by July 17, 2018 and will be opened at 4pm. 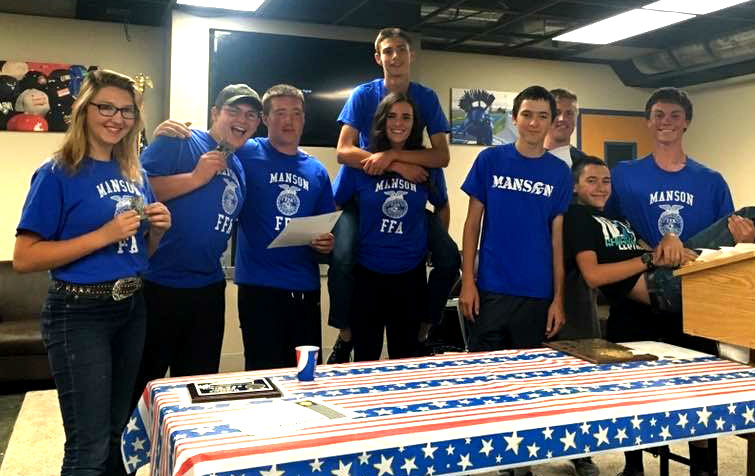 We are very thankful to our honorary Chapter Farmers this year, which consisted of Matt and Shelly Charlton, Brett and Bev La Mar, Chad and Kelly Gosvener, Travis and Megan Schoenwald and Mary Amsden.

We would also like to give a very big thanks and all our appreciation to Jennifer Harris, Don and Teena Vanderholm, Dan and Janet Krumm, Adam and Cindy Rasmussen, Travis and Megan Schoenwald, Mary Amsden, Craig and Annette Stevens and Bev and Brett LaMar.

Overall it was a wonderful year full of lots of great memories and we can’t wait for the next one. 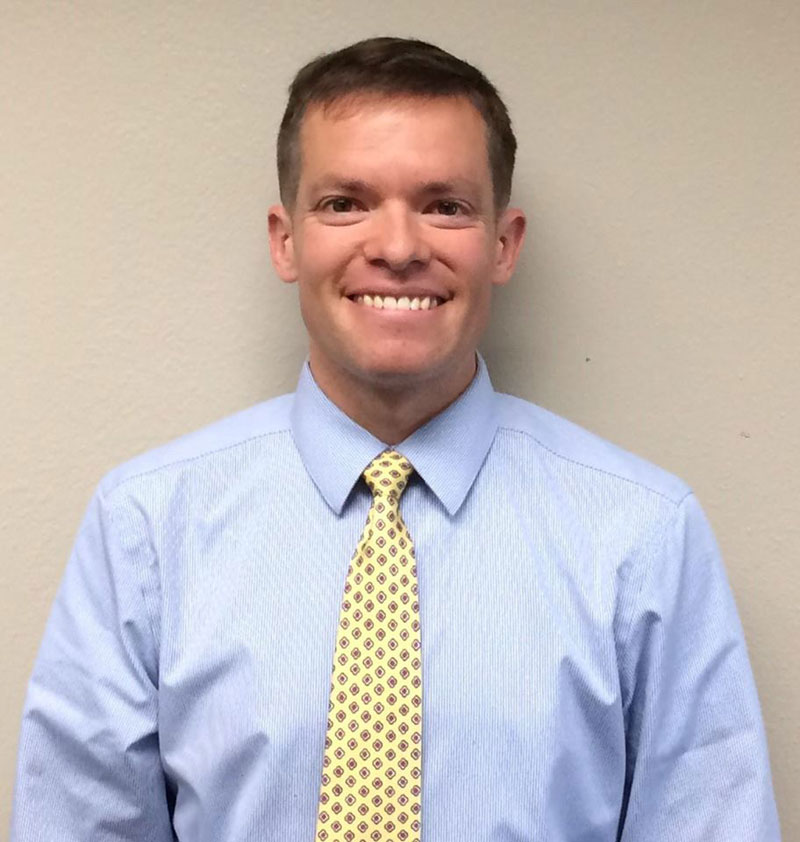 Mr. Brown will compete against the other eight nominees with the winner announced in September of 2018.

Todd Smith, Manson Middle School Principal, wrote in his nominating letter: “Matt Brown is a consummate professional and whether he is honored with this award or not, he will continue to provide outstanding instruction and, indeed, a visionary presence for students who will become better human beings for having learned the art of musicianship.” We could not agree more.

Congratulations and best of luck to Mr. Brown!