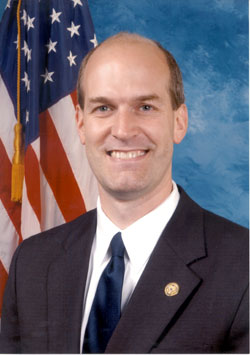 Olympia, WA: The Washington State Transit Association (WSTA) is pleased to announce the formation of the Bipartisan Congressional Bus Caucus (BCBC) to be Co-Chaired by Congressmen Rick Larsen from Washington’s 1st Congressional District in Northwest Washington and Congressman David Young, (R-IA).
“As someone who uses public transportation every day, I understand just how critical safe and reliable bus systems are for working Americans,” said Larsen. “With more than 195 million passenger trips in Washington state annually, I am thrilled to co-chair the Congressional Bus Caucus – robust investment in buses and transportation will keep the economy thriving.”

The purpose of the Bus Caucus is to give a stronger voice to more than 1,100 bus transit systems across the country, 31 in Washington State, and highlight the need for adequate federal funding of bus transit programs.

As federal spending for public transportation has been limited, transit agencies have expressed frustration that there is not enough money to fund the needs of both heavy rail systems and bus agencies.

The Bus Caucus seeks to highlight the benefits of investing in bus systems, the challenges accompanying aging bus fleets and facilities, and encourage innovation in a rapidly changing transportation climate. The Caucus will raise awareness on Capitol Hill by holding occasional events to highlight the importance of transit agencies striving to deliver reliable service and meet a state of good repair.

“There is a mountain of need by every transit agency in our state for expansion and replacement of their fleets and facilities so we are pleased to see Rep. Larsen take the lead on the Bus Caucus as our agencies and passengers need a strong voice on Capitol Hill,” said Justin D. Leighton, WSTA Executive Director, which represents every transit agency in Washington State.
Buses are the unsung hero in our nation’s transportation network, providing more than 51% of transit trips per year. They have an even greater role in Washington State as they provide over 85% of the total 230 million public transportation trips taken in the state.

“As President of The Bus Coalition and General Manager of Link Transit, I see how funding cuts at the federal, state and local level are impacting bus systems of all sizes,” said Wenatchee transit executive Richard DeRock. The Bus Coalition is a transit industry advocacy group focused on issues specific to bus agencies.

“Many agencies are struggling to keep up with aging fleets and crumbling transit facilities. We know when systems age and service is cut, the rider experience suffers and ridership declines. That’s why I’m so excited about the formation of a new Congressional Caucus that will shine light on the needs of the bus transit community and give voice to a transportation asset that is so important to our local and national economy,” DeRock said.

Rep. Denny Heck (WA-10) joins Larsen as a founding member of the Bus Caucus. A total of nine members of Congress have joined.

“We encourage the remaining members of the Washington State Congressional Delegation to join their colleagues in this effort,” said Leighton. “This issue is vitally important to Washington’s transit agencies and their customers.