Engine 71 arrived to an exterior wall fire that had moved into the kitchen area of the residence with extension to the near-by brush and neighbors fence. Engine 71’s crew made an aggressive exterior attack knocking down the exterior fire and transitioning to the interior of the house knocking down the fire in the kitchen.

Fire was brought under control within 25 minute from the time it was reported. Chelan County Sheriff Deputies and Lake Chelan EMS units responded in support of the fire operations.

Fire is currently under investigation and appears to be a possible electrical/mechanical failure. 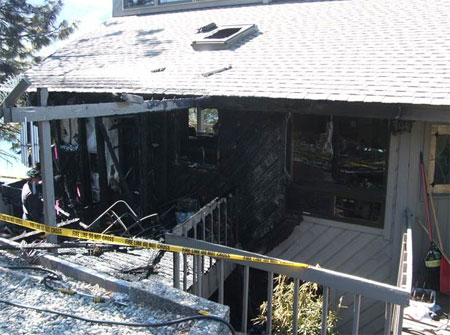