Written by Karla A Mendoza, Administrative Assistant, Chelan Fire and Rescue
Published: 19 May 2019 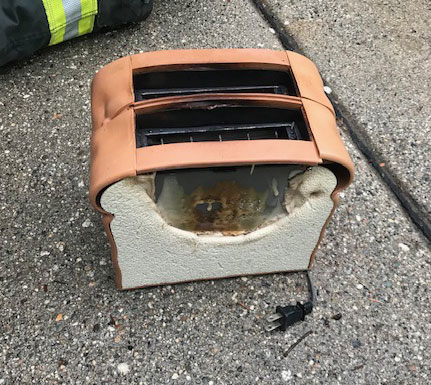 At 6:38 AM on 5/17/19, Chelan Fire & Rescue responded to a structure fire in the 100 block of S. Robinson Street. The homeowner called 9-1-1 and reported that smoke was filling the house and that all occupants had been evacuated.

Chelan Fire & Rescue would like to remind everyone that even though an appliance is not in use it can malfunction and potentially become a fire hazard. It is recommended that residents unplug small appliances when not in use as an important step in reducing the risk of a fire starting in your home.

Firefighters also discovered there were outdated and non-working smoke alarms in the residence. Fire & Rescue personnel checked all other smoke alarms and replaced those that were not working.

Smoke alarms save lives by providing early warning when a fire starts. All residents are encouraged to install, test and maintain their smoke alarms.