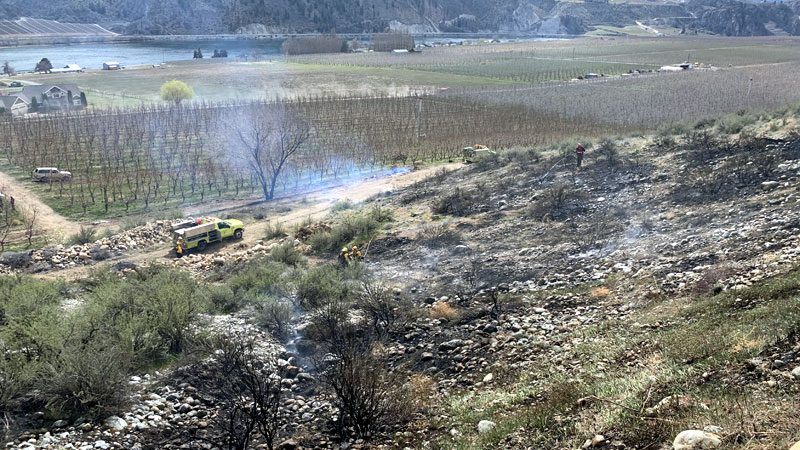 On 4-2-20 at 1:42 pm Chelan Fire and Rescue assisted Chelan County Fire District #8 (Entiat) with a brush fire on the hill above the orchards off Chelan Butte Rd in Stayman Flats.

On arrival command reported a ¼ acre working brush fire with multiple orchard workers on scene attempting to extinguish.  The fire was being pushed by 10-15 mph winds.

Crews were able to quickly get the main body of fire under control.  Crews also caught one spot fire about 50 yards away that had started across the road and were able to catch it before it was out of reach.

Four apparatus from Entiat and three from Chelan responded with a total of ten firefighters.

The cause of the fire was an orchard burn that had spotted due to the sudden winds.