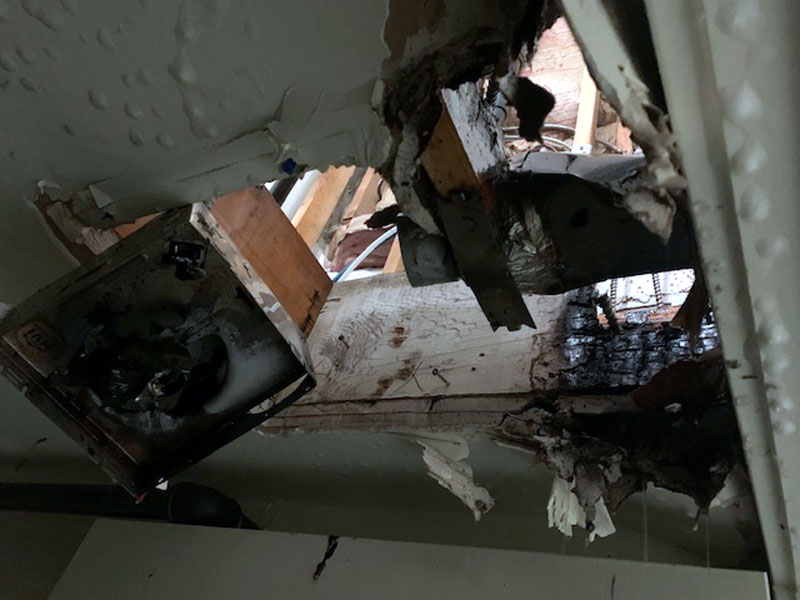 On Jan. 15 at 8:56 pm, Chelan Fire & Rescue was dispatched to a possible commercial structure fire in at Campbell’s Resort.

Callers on site reported that fire alarms were going off with smoke in the Riverside Room and that all occupants were out of the building.

The first arriving unit was on scene by 8:01 pm and begin to investigate the source, finding an exhaust fan in the lower level bathroom had caught fire.

Fire personnel on scene were eventually able to completely extinguish the fire that had travelled through the floorspace between the upper and lower levels.  Crews completed the overhaul and investigation at 10:46 pm with the cause determined to be electrical wiring to the exhaust fan.

Damage estimate is undetermined at this time.  There were no fire personnel or citizen injuries reported.