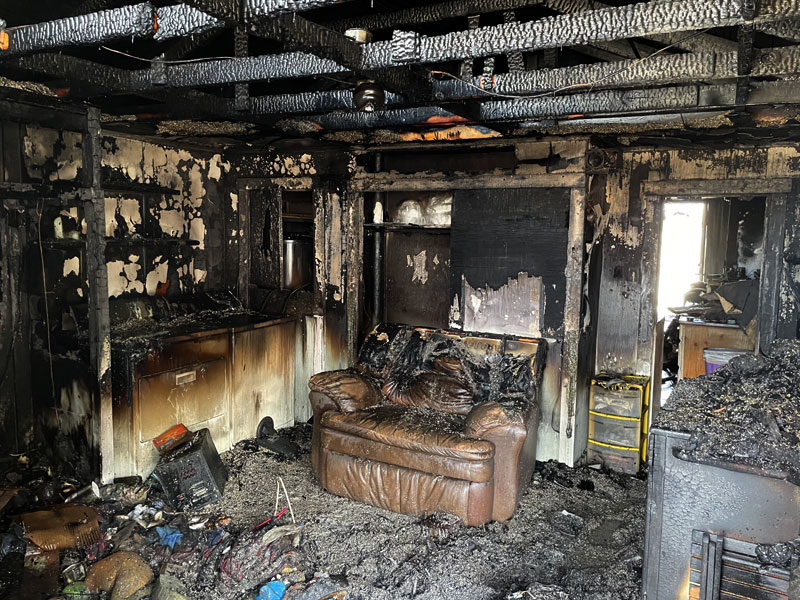 At approximately 1028 this morning Chelan Fire and Rescue with help from Chelan County Fire District 5 and Lake Chelan EMS responded to a Structure Fire at 114 E. Center St in the Lakeside area of Lake Chelan.

The first unit on scene reported a working structure fire in a small single-story home with flames out the rear of the house.  Crews entered the structure and were able to quickly find the location of the fire for extinguishment. The single occupant of the home was able to make it out but did have a minor burn injury to one arm.

The fire appears to have started in the attic area before dropping down into the house.  The home is a total loss.  The cause of the fire is under investigation.

While on scene of the Structure Fire, Chelan Fire and Rescue was then dispatched for a reported Aircraft Emergency at Chelan Airport.  Rivercom advised that there was an inbound plane with possible malfunctioning landing gear with three souls on board.  Crews staged along the runway and the plane was able to make a successful landing without incident.