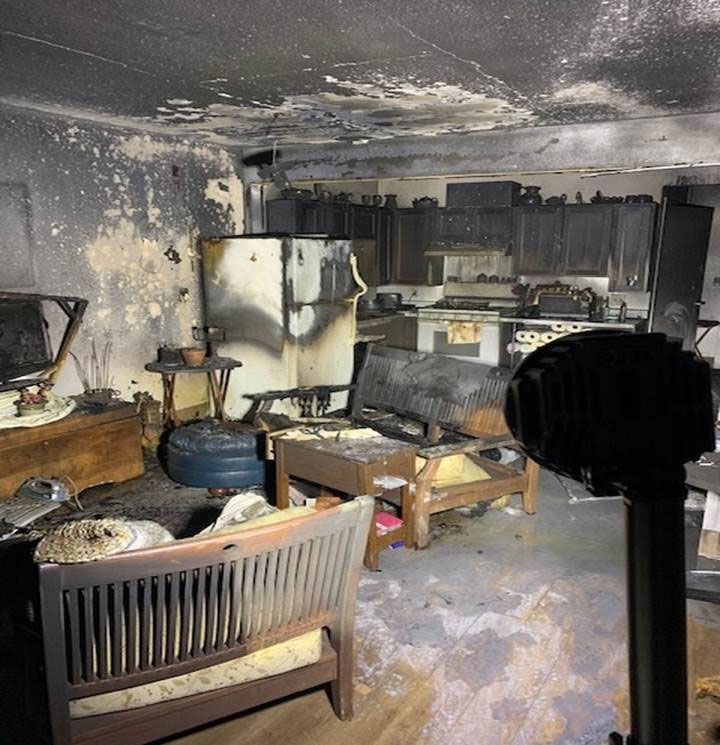 First arriving crew reported heavy smoke coming from front of the lower level apartment and quickly made entry.  Crews encountered heavy smoke and heat and were able to quickly extinguish the fire.

The entry crew then initiated a search of the premise and located a patient inside the back bedroom.  The patient was brought outside to EMS personnel who initiated patient care and transport to Lake Chelan Hospital.  The patient was subsequently airlifted to Harborview Medical Center where her condition is unknown at this time.

Second alarm resources from Manson, Entiat, Orondo, and Wenatchee were called due to the size of the apartment complex and the possibility of fire extension beyond the unit involved.  Crews on scene were able to contain the fire to the single unit which sustained considerable heat and smoke damage.  The cause of this fire is still under investigation.

The ability to have three firefighters on the initial response to this fire made the difference in rescuing the patient and keeping the fire loss contained to the unit of origin.