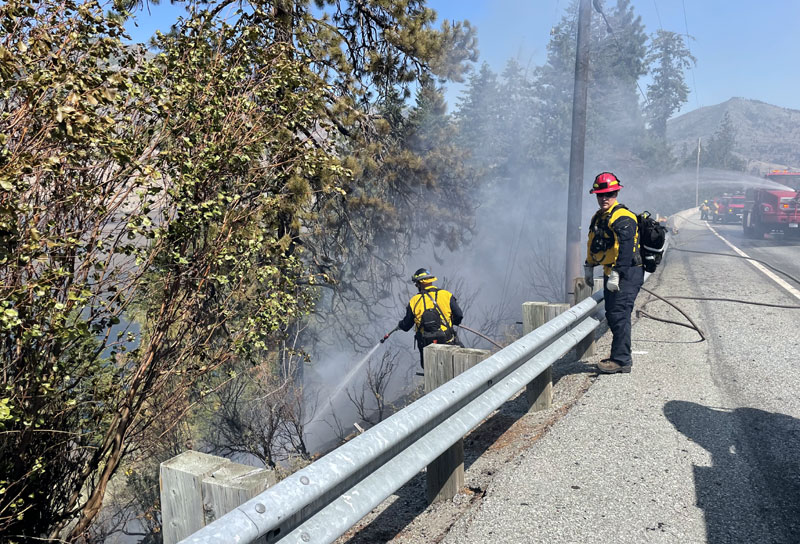 The fire was reported as torching trees and threatening a structure.  Due to the fire's distance from the stations and the extreme temperature working conditions, a 2nd alarm was called.

The DNR and Forest Service also assisted with sending multiple resources including a helicopter.

Luckily the winds stayed calm and the fire was at a wide spot along Lakeshore Road which helped keep it from spotting and racing up the hill before fire units arrived.

Units were able to quickly stop the fire progress and the 2nd alarm resources were cancelled.  The Fire was held to just less than an acre.

The cause of the fire is under investigation but there was a report of 7-10 popping noises in the area approximately 30 minutes before the fire started.

Chelan Fire and Rescue encourages everyone to stay on the lake or stay indoors in air conditioning during this historic heat wave and to not do anything that could cause a spark.