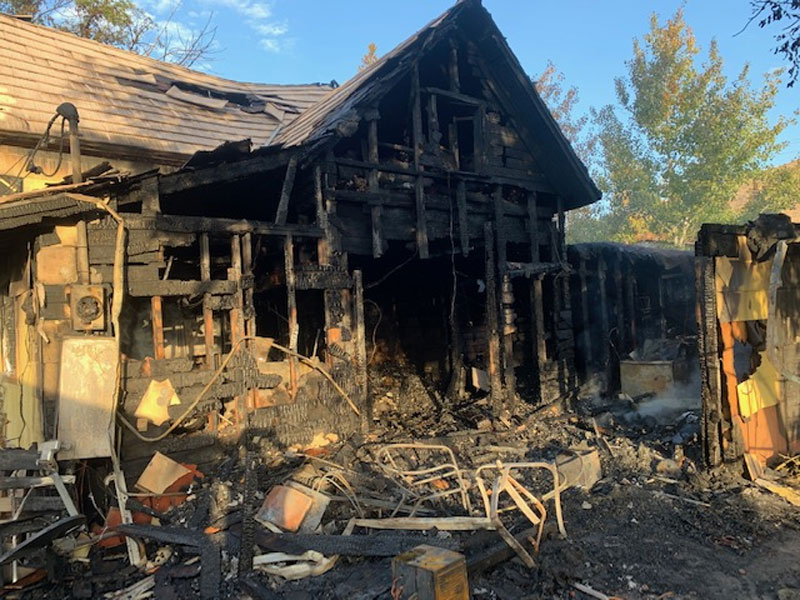 Last night at 10:25 p.m. crews from Chelan Fire & Rescue were dispatched to a reported structure fire at 524 N. Markeson Street in Chelan.

First arriving crew was on scene at 22:28 and reported heavy flames and smoke coming from the rear of the structure and initiated a defensive fire attack.

Residents of the house reported that 5 people were living there with 4 of those people in the residence at the time of the fire.  All were able to escape without injury.  Residents also reported that 2 dogs were also in the house and that one did not get out.

Second alarm resources from Manson, Orondo, and Wenatchee were dispatched due to the number of exposures nearby and the difficulty in controlling this fire.

Fire was contained at 12:49 a.m. and crews remained on scene to monitor the structure throughout the night.

Residents of the structure were put in contact with Red Cross for shelter and assistance.

A total of 11 apparatus and 24 personnel were on scene with no reported injuries.

There is no estimate of total fire loss at this time and the cause of this fire is currently under investigation.