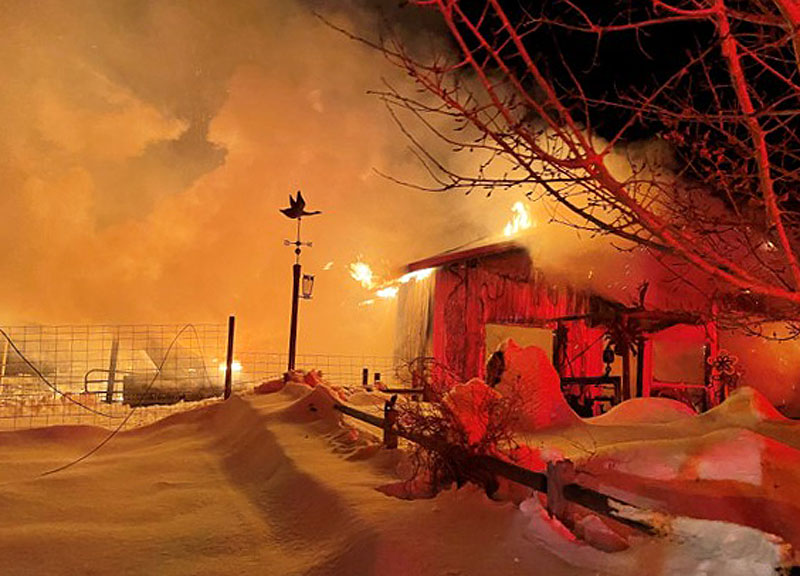 On 1/8/22 at 11:32 pm, Chelan Fire and Rescue was dispatched for a reported fully-involved barn fire in the Swanson Gulch area.

Neighbors noticed the fire and alerted the homeowners who called 911.

Crews arrived to find a well-involved large shop with a full-size RV next to it.  The main fire building was quickly called a defensive fire and suppression efforts focused on protecting the RV from catching fire.

Three goats that were in a pen attached to the structure were helped to safety by the homeowner. The shop was declared a total loss.

The fire is currently under investigation and appears to have been caused by an electrical issue.

Chelan Fire and Rescue would like to thank Manson and Orondo for their help in getting this fire under control.