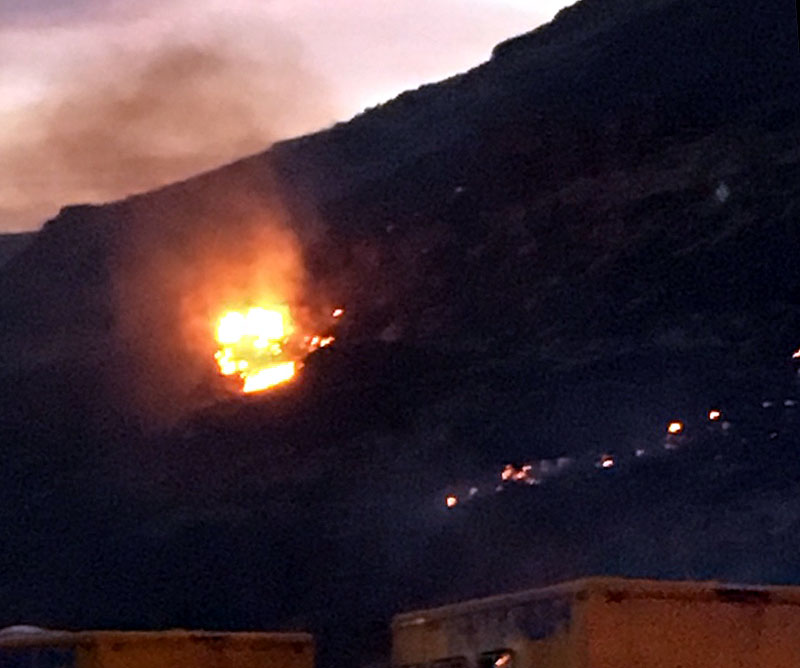 Responders found that approximately five fires were started from lightning strikes.  Terrain made them difficult if not impossible to access.

The fire has been burning between MP 4 and MP 8 on Palisades Rd.   The size of the fire has not been speculated on as of yet.

There have not been any reports of injury or property damage up to this point.  Wind has made fighting the fires difficult.