On 07/11/18, Douglas County Sheriff’s Office Detectives arrested 35-year-old Elaine A. Hurd, of Wenatchee for Manslaughter in the 2nd degree and Criminal Mistreatment in the 4th degree following an extensive investigation into Hurd’s two-year-old son’s death.

The investigation revealed Hurd failed to obtain necessary medical treatment for her son for a broken arm and blunt force trauma to his head, which resulted in the boy’s death.

Hurd was booked into Chelan County Regional Jail without incident.

There is a fast moving brush fire on Highway 28 near milepost 21.

AlertSense notifications have been activated. Please avoid the area due to fire danger, evacuations, and emergency vehicles.

Information on Red Cross shelter for effected residents will be available soon. 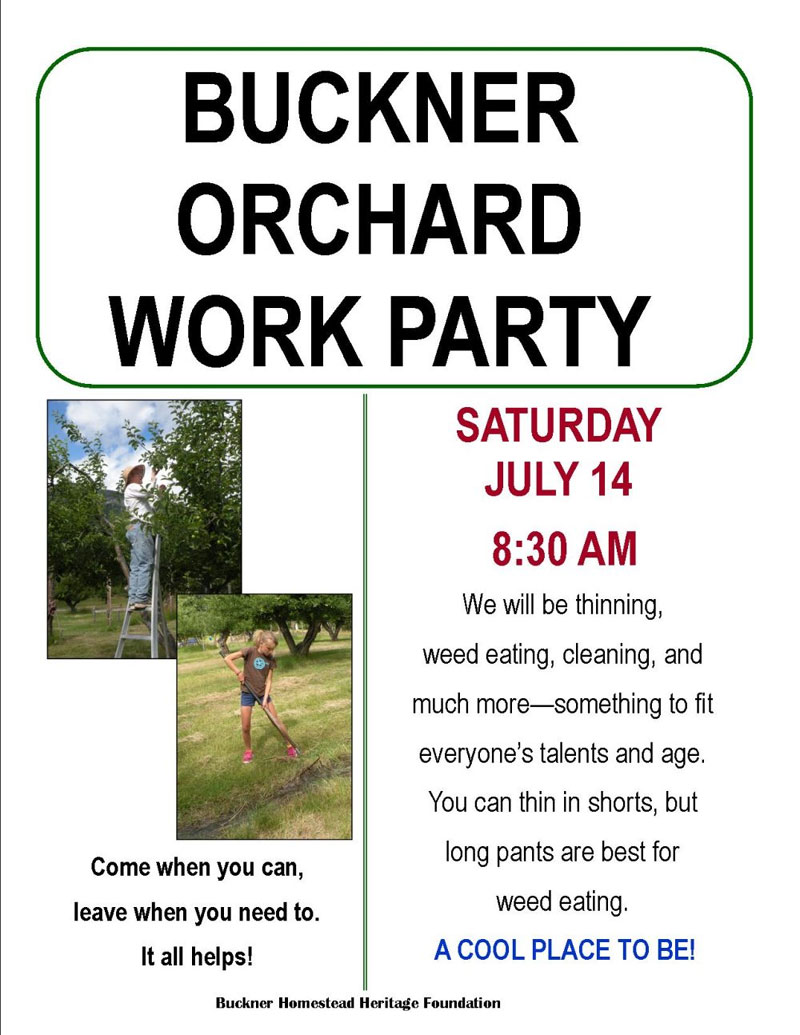 After over 11 years of outstanding service, Sheriff Gjesdal has chosen not to complete the remainder of his third term in office.  Effective 12:01 pm on July 1, 2018, Undersheriff Morris will serve as acting Sheriff pending the appointment of a Sheriff by the Commissioners.

The Douglas County Commissioners are expected to make a selection to fill the remainder Sheriff Gjesdal’s unexpired term by resolution on Monday, July 9th at 9:00am after they receive nominations from the Republican Central Committee.

Man stabbed while intervening in fight

On 06/23/18 at approximately 11:07 PM Douglas County Deputies were dispatched to Lake Chelan Hospital to investigate a stabbing.

The victim, a 20 year old Orondo man was being treated for a stab wound to his pelvis.

The investigation revealed that at approximately 8:00 PM that evening, the victim was at a worker’s cabin in the 30 block of Nollmmeyer Rd. near Orondo.  He observed the suspect, 31 year old Ismael Gonzalez-Diaz of Orondo, fighting with several other males.  When the victim tried to intervene, Gonzalez-Diaz stabbed him in the pelvis, then left the scene.  A witness confirmed the victim’s account of the assault.

The suspect was located in an orchard approximately 1/2 mile from the scene of the attack.  It appeared he was very intoxicated.  The knife used in the attack and a fraudulent social security card was found in the vehicle.

Gonzalez-Diaz was arrested without incident and booked into the Chelan County jail for assault 1st degree.

Paranoid driver gets himself caught

On 06/21/18 at 8:29 PM, a Douglas County Deputy was on routine patrol E/B on Hwy. 28 at about mile post 4 when he observed an approaching vehicle failing to dim his headlights.  He turned around to stop the vehicle, but another W/B vehicle had gotten in between the violator and the deputy’s patrol car.

Rather than pull over for the patrol car, which now had its lights and siren activated, the second vehicle, a green 1996 Nissan Pathfinder, sped up.  It turned onto S. Mary Ave.  Deputy made the decision to stop the Pathfinder for the more serious violation of failing to yield to an emergency vehicle.

The Pathfinder continued to accelerate running through stop signs and reaching speeds up to 80 MPH.  The driver finally pulled over on Parkway Drive in Rock Island.  He shut off the car and placed his hands out the window.

He was identified as 33 year old Joshua J. Clark of Cashmere.  He was found to have a DOC warrant for Escape from Community Custody and felony warrants out of Chelan County for Possessing Methamphetamine and Heroine with Intent to Deliver and Escape 1st degree.

He was arrested and booked at the Chelan County Jail without further incident.  He was also booked for the additional Douglas County charges of Felony Eluding and driving with a suspended license.

The deputies did a very good job managing this incident and capturing the suspect without injury. 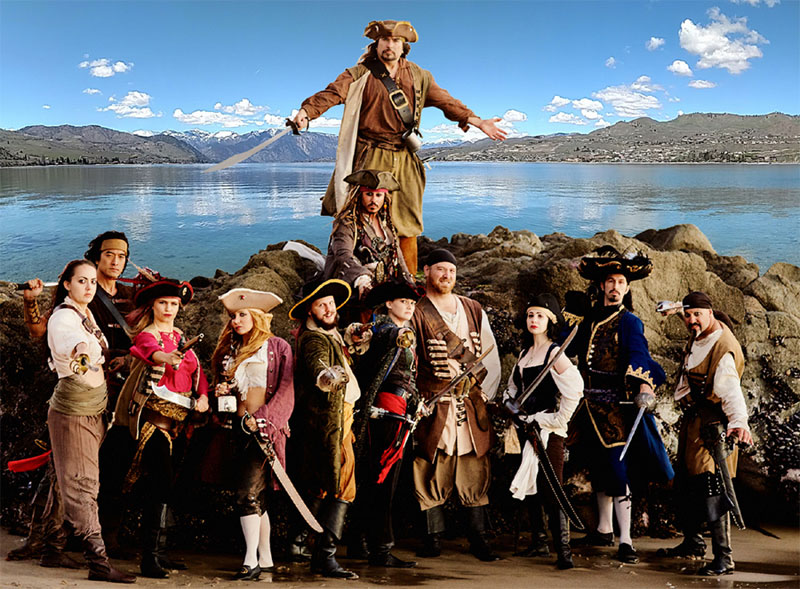 Chelan, WA - The Pirates are coming to Lake Chelan again. This 4th of July kicks off the 2018 Lake Chelan Pirate Fest, an annual family friendly community event started in 2012, the 200 year Anniversary of the arrival of Captain Chelan and the Lake Chelan Pirates.

“Two hundred years ago, a Scotsmen, born in Fort Augustus, took a treasure chest from the Fort where his father was a soldier, and it was assumed that the chest was filled with gold and other riches, and set out to sea on a long journey. However its true contents were discovered by the Captain and crew during a mysterious and violent storm off the coast of Washington in 1812. Somehow the ship was transported to what is now known as Lake Chelan. (Excerpts from “Lake Chelan Pirates”)

That was the beginning of the legend. Two hundred years later, just as legend had it, the Pirates and Captain Chelan returned to Lake Chelan. Now the Lake Chelan Pirates return every year.”

This year there are Pirate activities throughout the summer. The second Annual 4th of July Pirate Fun Run starts the fun. On the morning of 4th of July, Runners starting at the Chelan Senior Center at 534 E Trow Ave., Chelan, will have the choice of two courses: either 2 or 4 Kilometers. Runners will receive Pirate T-shirts and upon completion will get Pirate Treasure, a Pirate Medal. Water and snacks will be available to Runners. Prizes for Best Dressed Pirate Runners. 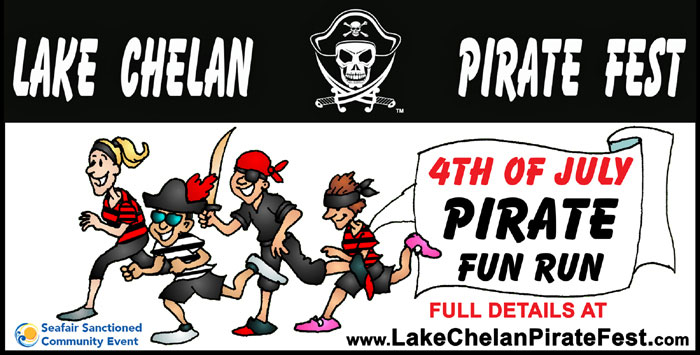 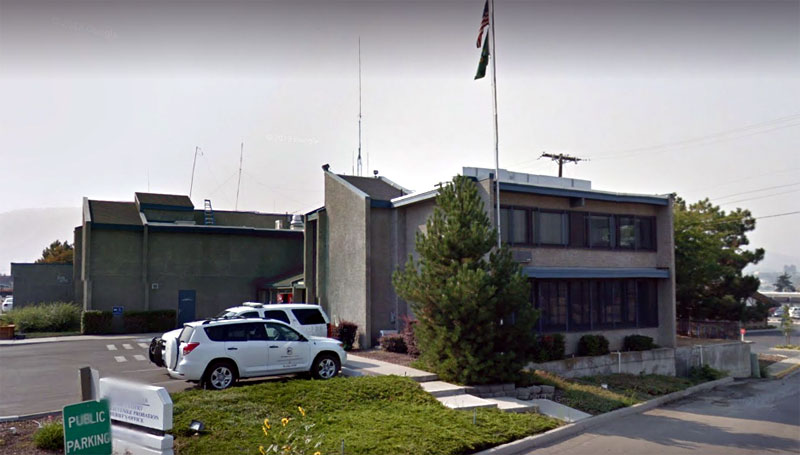 Douglas County is moving forward with the construction of a new Law and Justice Facility to house the Douglas County Sheriff’s Office, District Court, Juvenile Probation, IT infrastructure, and future Coroner.  This 17,898 square foot facility will be located north of the evidence storage building, directly adjacent to the Public Services Building on 19th Street in East Wenatchee.  Construction is estimated to be completed by late spring of 2019. Establishing a campus environment for County services will be convenient for citizens while establishing a more coordinated effort between departments.  To ensure public interfacing services are reliable and to enhance stability, Douglas County Information Services infrastructure will be housed in the new Law and Justice Facility.

Extensive repairs are necessary in the current facility on 2nd Street, such as replacement of the roof, HVAC system, and carpeting, as well as employee safety upgrades.  Anticipated cost for repairs, upgrades, and remodel exceed one million dollars.

Douglas County will be able to finance the Law and Justice Facility project through existing revenue streams.  Douglas County’s conservative budget management practices and use of cash reserves will pay for half of the estimated 8 million dollar project. Current Expense Funds have been earmarked for the Law and Justice Facility and will not affect funding for other projects.  Real Estate Excise Tax (REET) revenue, along with money previously spent to rent evidence storage space, will also be used. The County will bond for the remaining balance.  The current building on 2nd Street will be sold following completion of the Law and Justice Facility. The proceeds will then be used to buy down the bonds for an early call to save on interest cost.

The new Law and Justice Facility will serve to create a collaborative, cooperative, and effective campus for both the public and employees of Douglas County.  In relocating and by taking steps towards streamlining, modernizing, and enhancing operations, Douglas County will ensure it is able to provide citizens with the highest quality service for the next 50 years.

On 06/12/18 at approximately 6:31 PM Douglas County Deputies responded to Brays Landing Road and Nollmeyer Road, near Orondo for a report of an injury accident.

When the deputies arrived they learned there was a single vehicle driven by, Jesus Severiano-Soto a 25 year old Orondo man. Jesus was unconscious and receiving aid.   The investigation established speed as the contributing cause of the collision and alcohol was involved.

Jesus was transported to Central Washington Hospital, where he was cited for DUI. 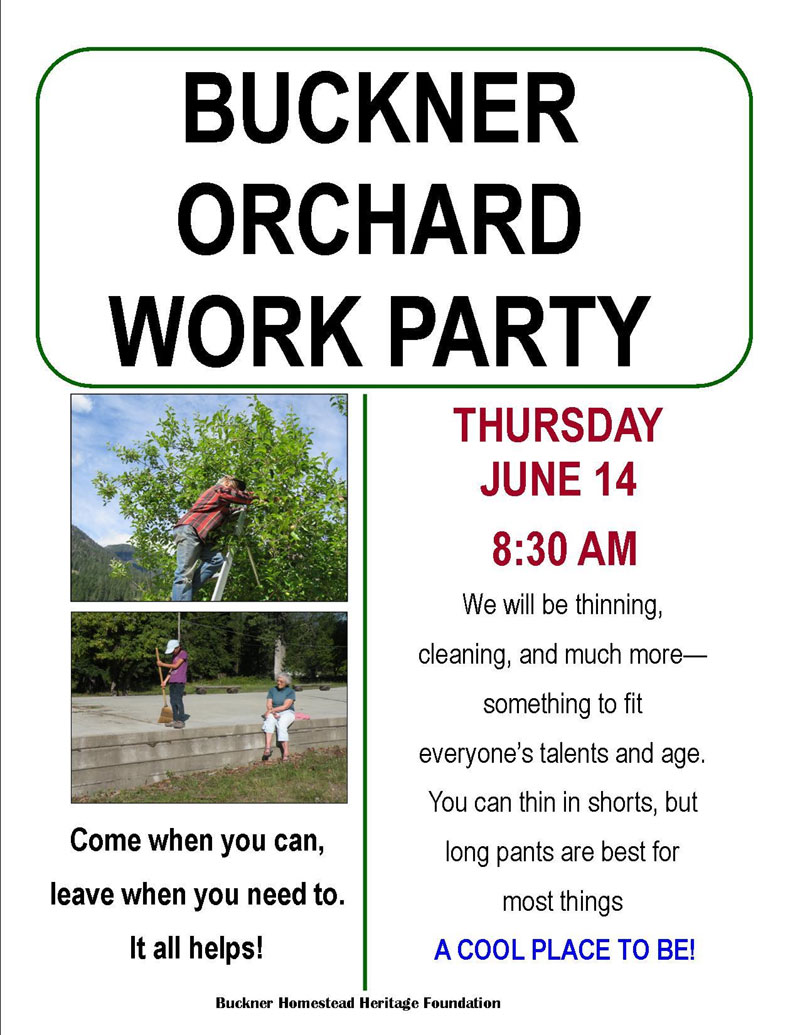