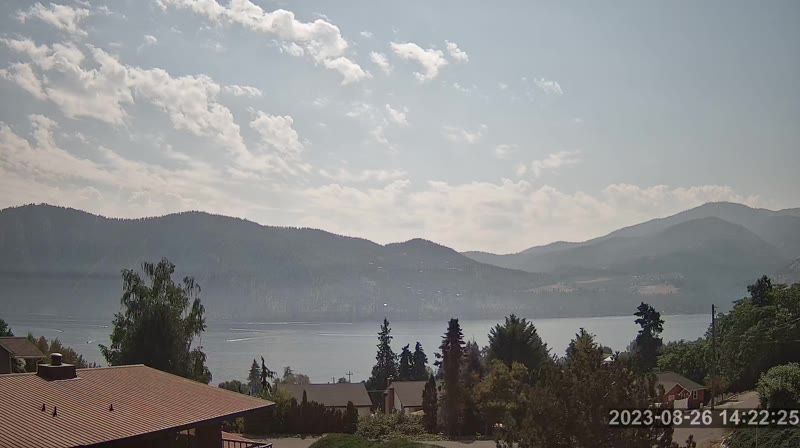 On 07/02/16 at 1:50 AM Douglas County Deputies were on routine patrol in 2500 Blk. of Foster Creek in Bridgeport.  They observed a vehicle being driven by a male they suspected to have a suspended driver’s license.  They ran the vehicle and discovered it was listed as stolen.  The vehicle pulled into a minimart.  The driver and one passenger exited the vehicle and went inside the store.  The Deputies followed and located the subjects inside the store.

Upon questioning, the driver, 29 year old Leonardo Lopez of Bridgeport, said the vehicle belonged to his cousin and he had permission to drive it.  He was not certain what his cousin’s name was. Lopez’s driver’s license was suspended.  The passenger was identified as 20 year old Victor Valdovinos of Bridgeport was found to be in possession of 13.3 grams of suspected methamphetamine.  He was also minor in consumption of alcohol.

Lopez was arrested for possession of a stolen vehicle and driving with a suspended driver’s license.  He was booked at the Okanogan County Jail without incident.

Valdovinos was arrested for possession of methamphetamine with intent to deliver and minor in possession/consumption of alcohol.  He was booked at the Okanogan County Jail without incident.

The Deputies used great observation skills and quick action to bring these suspects to justice.  I appreciate their good work.

The Douglas County Sheriff’s Office is happy to announce the implementation of the AlertSense (company name) Public Alert Warning System.  This will enhance public safety in two ways:

We will still use local media, and when appropriate, law enforcement personnel to alert community members of danger.  This is just another layer of notification to keep the public informed.

This has taken us some time to plan and put into use.  I am extremely grateful to my Undersheriff, Kevin Morris, my Emergency Management Specialist, Mike Dingle, and my Administrative Assistant, Tiffany Augustson for all their work on this project.  I also appreciate all the support we were given by our board of county commissioners.

Fire "Got Away" from Camper

On 06/24/16 at 9:15 PM Douglas County Sheriff’s Deputies responded to a fire on Rock Island Grade approximately 1 mile from Hwy. 28.  A Deputy located a man watching the fire.  He admitted he had accidently started the fire.  He said he had been camping in a wide spot in the road.  He was preparing to leave and was attempting to burn a bag of trash and an old sleeping bag.  The fire got away from him and caught the brush on fire.

The subject was identified as a 61 year old Wenatchee man.  The case was sent to the Douglas County Prosecutor for consideration of charges.  Douglas County Fire District 2 was the initial response. The incident was turned over to BLM firefighters today.

I can’t urge people enough to be careful with fire.

On 06/14/16 at approximately 5:04 AM Douglas County Deputies responded to an assault complaint at the 500 Blk. of West 1st Ave in Waterville.  The female complainant reported that she had befriended a subject identified as 24 year old Ashley M. Knight of Chelan.

Knight told the victim she was homeless and asked the complainant if she could stay with her for a while.  The complaint consented.  She then went out for the evening.  When the complainant returned home at approximately 4:30 AM, there was an unknown black Durango parked in the driveway.

Chelan County Deputies later located Knight in Wenatchee and turned her over to Douglas County Detectives.  She was  booked into jail for Assault 2nd degree and Burglary 1st degree.

I appreciate the great investigation done by our team and the assistance by our partners in Chelan County.

On 06/15/16 at approximately 8:15 PM RiverCom dispatch received a call from a subject who reported a burglar was at her residence and had shot one of her family members.  Deputies responded to the scene which was in the 2600 Blk. of 10th St. NE near East Wenatchee.  Units from the East Wenatchee Police Department and Washington State Patrol also arrived to assist.  They found two injured males at the location.  One appeared to have gunshot wounds.  The other appeared to have been stabbed and may also have had a gunshot wound.  Both were transported to Confluence Hospital.  At the time of this release, Douglas County Sheriff’s Deputies, crime scene team members, and detectives are at the scene of the incident and at the hospital working on the investigation.  The condition of the two wounded persons is not known.  No further information can be released at this time.  Additional information will be released as it becomes available.

Thus far, the investigation indicates that on 06/15/16 at 8:15 PM RiverCom dispatch received a call from a female who reported that her house was being burglarized and that her father had been shot.  When Deputies arrived they found the suspect, later identified as 35 year old Seth Williams of East Wenatchee, and the male homeowner facing each other in the street in front of the residence.   The Deputies could see both parties were injured.  Williams was subdued.  Both men were transported to Confluence Hospital.   Williams passed away at about 12:15 AM while in surgery.  The victim was released to go home on Thursday morning.

Physical evidence, interviews with the victim, and interviews with witnesses revealed that at approximately 8:10 PM the homeowner at the residence noticed a red pickup pull in his driveway.  He recognized the driver as Seth Williams.  The two had known each other as fellow veterans for about five months.  As the victim approached the truck, Williams produced a rifle from inside the vehicle and shot at the victim.  The round grazed the front of his chest.  The victim, who was armed with a 9 mm pistol, chose to retreat towards the road.  The rifle used by Williams had jammed with the first shot.  Williams came after the victim carrying a knife and swinging a set of binoculars by the strap.  The victim was able to deflect the binoculars, but Williams was able to stab him in the leg with the knife.  The  victim drew his pistol and shot Williams several times.  At this point, law enforcement officials arrived and took custody of Williams and requested medical aid for both men.

A related case occurred at 1800 hours that same day when the victim reported a burglary at the residence.  Family members spotted a male leaving the a shop area carrying a duffle bag.   The male fled in a red pickup.  Investigators found a shop window had been broken to gain entry.  Williams is suspected to have been the intruder.  Additional details are being gathered by investigators.

No clear motive has been identified, but Williams may have been struggling with emotional issues.  An autopsy has been ordered and additional investigation is being completed.  The evidence available suggests the this was a case of self-defense by the victim.

On 06/03/16 Douglas County Deputies worked with the Brewster Police Department to develop information regarding a suspected methamphetamine dealer who lived in Bridgeport.  Deputies applied for and were granted a search warrant for a residence in a trailer court at 929 Maple St.

Deputies discovered approximately 9.6 grams of suspected methamphetamine which appeared to be packaged for sale.  Also seized was a scale typically used for that type of criminal endeavor.

Deputies arrested 36 year old Nabor Navarrete of Bridgeport for Possession of Methamphetamine with Intent to Deliver.  He was transported and booked at the Okanogan County Jail without incident or injury.

Great work by the Deputies and BPD officer.

We have 167 guests and no members online