Written by Gregory Kennedy
Published: 12 May 2022

Virtual meeting will be May 17 and 18

OLYMPIA – The Washington State Transportation Commission will begin work to implement free Washington State Ferries passage for people 18 and younger as well as a fall reduction of Tacoma Narrows Bridge toll rates during its May meetings.

Both of these measures were passed by the state Legislature earlier this year and the commission will now begin the process to implement the changes during its monthly two-day meeting on Tuesday, May 17, and Wednesday, May 18. The meeting starts at 9 a.m. both days. Due to limitations related to COVID-19, this meeting will be virtual using Zoom. People interested in attending can register on the Commission’s website. TVW will broadcast the meeting live.

Highlights of Tuesday’s presentations include:

Highlights of Wednesday’s presentations include:

The commission will take public comment at 11:55 a.m. Wednesday, May 18. Those wishing to speak can sign up during the meeting by posting their name in the Q&A box on-screen. Written comments can also be submitted via email at: This email address is being protected from spambots. You need JavaScript enabled to view it..

For more information about the commission and a complete meeting agenda, visit: www.wstc.wa.gov.

Douglas County Board of Commissioners declines to sign annexation agreement

Written by Marc Straub, Chair – Douglas County Board of Commissioners
Published: 12 May 2022

During regular session on Tuesday, May 10, 2022 the Douglas County Board of Commissioners moved to decline to sign the proposed East Wenatchee Annexation Interlocal Agreement.  The Board, The City of East Wenatchee, and staff from each agency, engaged in this newly created method during the last year in good faith with the intention of exploring a theoretically more streamlined and efficient annexation process that had the potential to serve both the community and each jurisdiction.

After fully considering all of the public comment in opposition received by the Board throughout the annexation review process, during, and following the joint public hearing, the Board did not feel that it was the right decision for their citizens to move ahead at this time.  This decision was not reached casually and no direction had been decided prior to hearing the comments provided by the public.

The Douglas County Board of Commissioners takes seriously their commitment in representing and serving their constituents.  While they are sincerely appreciative of the support and cooperation of the City of East Wenatchee during this time, it was ultimately determined that more direct input of the public is appropriate for this action.  Public involvement is a cornerstone of our government; the Douglas County Board of Commissioners is dedicated to preserving this vital component.

Written by Robin Pittman
Published: 12 May 2022

Written by Gregory Kennedy
Published: 10 May 2022 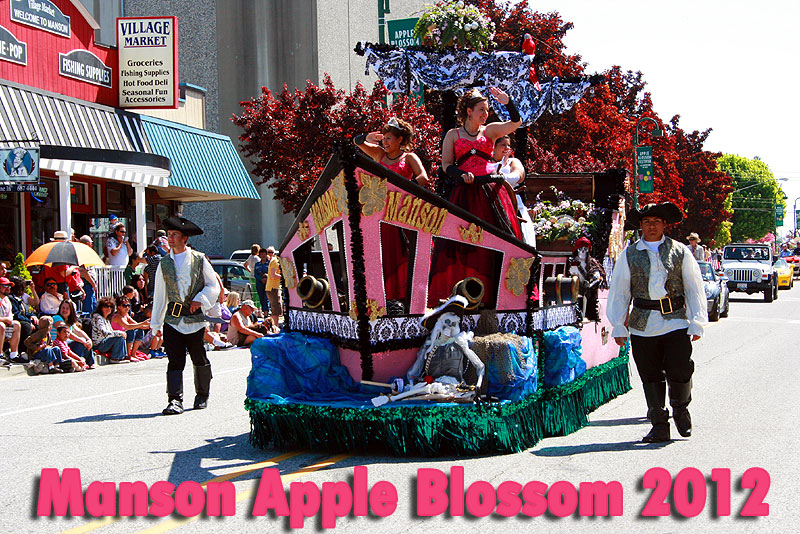 Manson Apple Blossom is coming this weekend - May 13-14

This year's theme is "Back in Bloom"

5/14: Apple Blossom Parade - 11:00 am starting at the Lake Chelan Building Supply and ending at Fire Station #5

Check out this BLAST FROM THE PAST - Apple Blosson 2013 - Manson Apple Blossom 2013 Parade Photos (mansontribune.com)

On May 7th, 2022 at approximately 8:27 AM, Wenatchee Police Department Officers responded to the area of N. Chelan Avenue and Palouse Street, Wenatchee, WA for report of male shooting into the Living Hope Church.  Officers arrived on scene and confronted the suspect.

During the incident, one Wenatchee Police Department Officer sustained non-life threating injuries, as a result of the shooting. The single suspect was subsequently shot and fatally wounded by officers.

The North Central Washington Special Investigation Unit (NCW SIU), which is an independent investigative team, was activated due to this being an officer involved shooting incident.

In order to maintain an independent investigation, no investigators from the Wenatchee Police Department are involved with this incident.

On 04/27/22, at approximately 530 AM, a subject shattered the glass door to the Seventh Day Adventist Church; located at 1201 10th Street NE, East Wenatchee.

The suspect, who is depicted in the photographs, entered the church and spray painted the interior walls.  This does not appear to be gang related, but may be related to other churches in the area who were victims of vandalism.

If you recognize the suspect, please do not contact him, contact Law Enforcement. You can remain anonymous if you prefer.

The two residents were identified as Lynndelle Burkhart and Cole Robison, mother and son respectively. Burkhart and Robison lived in the same residence and were both located in a bedroom. The Sheriff’s Office does not believe anyone else was involved in the incident and are not actively pursuing any suspects, nor do we believe there is a threat to the public.

The Sheriff’s Office can confirm this is a death investigation involving two people of the same residence.

Detectives will continue to investigate with the Coroner’s Office and will release additional details as they can.