Written by Robin Pittman
Published: 08 May 2018

Historic Stearman Speedmail biplanes to carry mail 1,200 miles, including May 18 stop in Olympia

OLYMPIA – Like a flight back in time, historic Stearman Speedmail biplanes will carry mail from San Diego to Seattle from Sunday, May 13, to Friday, May 18, to commemorate the 100th anniversary of airmail service in the United States. The Mail Centennial Celebration includes a stop in Olympia where the public can view these rare planes.

The Olympia stop is from 1:30 to 3:30 p.m. on Friday, May 18. The event is being hosted by the Washington State Department of Transportation’s Aviation Division and takes place at the division’s offices at the Olympia Regional Airport in Tumwater.

Attendees can speak with pilots and get an up close view of three Stearman Speedmail biplanes used as mail planes in the early 1930s. Powered by 450 horsepower engines, the wood and fabric open-cockpit aircraft were noted for their dependability and ability to carry heavy loads. Of the 41 built, only seven still fly – so this is a rare chance to see these biplanes as they retrace the pioneering West Coast airmail route, known as Contract Air Mail 8 (CAM 8).

This historical reenactment honors the first government-operated airmail flight in America. On May 15, 1918, President Woodrow Wilson and members of Congress watched an Army pilot depart in a wood and fabric biplane from Washington, D.C., bound for New York.

The 2018 flight is sponsored by the nonprofit Western Antique Airplane and Automobile Museum of Hood River, Oregon and endorsed by the U.S. Postal Service. The biplanes will carry commemorative envelopes that will be officially postmarked at each of the 12 stops. Delivery of traditional residential and business mail will not be affected.

Six pilots will take part in the event with three, Addison Pemberton and Jeff Hamilton, both from Spokane, and Ben Scott of Reno, Nevada, sworn-in as official airmail pilots to assist local post office authorities.

Pemberton said the airmail service was the first step toward American commercial airline service, noting it was considered crucial enough to start even while the nation was fighting World War I. “The potential and importance of aviation was recognized even in those early days,” he said.

After departing San Diego, on Sunday, May 13, stops will include Los Angeles, Bakersfield, Fresno, San Francisco, Concord and Redding in California; Medford and Eugene in Oregon; Vancouver, Olympia and Seattle in Washington.

The flight is expected to take approximately 12 flying hours spread throughout the six-day event. Updates, including any weather delays, will be posted on the CAM 8 website as well as a Facebook page and Instagram account.

Aircraft Parking:         Pilots should park on the east side of the Olympia Regional Airport runway in the general aviation parking area. WSDOT Aviation’s ramp will be closed to all aircraft except those participating in the airmail reenactment. 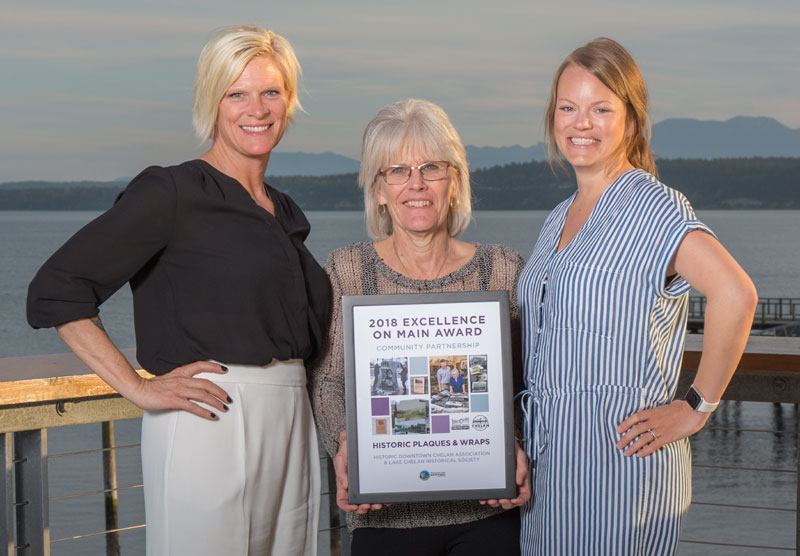 Recognizing their shared goals around Chelan’s heritage and historic treasures, the Historic Downtown Chelan Association (HDCA) and the Lake Chelan Historical Society forged a partnership in 2016 focused on two types of public projects: plaques and wraps.

First, the two organizations worked together to institute Chelan’s first historic plaque program. In its initial stages, the HDCA Design Committee selected four historically significant downtown structures, all of which are over 100 years old and have maintained their historic integrity: Campbell’s Resort, Saint Andrews Episcopal Church, Woodin Avenue Bridge, and Ruby Theatre. The Historical Society Manager, Ron McGaughey, served as an advisor on the program and coordinated Society volunteers to find historic photographs of the properties. The two organizations jointly designed and presented the plaques at a media-covered event in 2017.

The historic wrap program beautifies and draws attention to historic aspects of the town by covering a modern necessity, an electric utility box, with historic images. HDCA and the Historical Society again collaborated to identify, design, and implement the project, which is located at a key intersection downtown. Images were selected for their historic significance, cultural relevance, and reflection of life in downtown Chelan during the late 1800s and early 1900s. Each side of the wrap takes a different look at Chelan’s history, with themes including wood-framed buildings, legacy businesses, homesteaders, and life in a frontier town.

“Projects such as these put the history of our town front and center,” said Erin McCardle, Executive Director of the Historic Downtown Chelan Association. “They inspire locals and visitors to appreciate and preserve the town’s culture, raise the interest level among our downtown building owners, and create additional opportunities to forge public and private partnerships focused on historic preservation.”
The HDCA and the Historical Society plan to continue both the historic plaque and wrap programs in the future. They have also begun development of a walking tour and QR code system to provide additional opportunities for the public to learn about Chelan’s history and built environment.

“The partnership between HDCA and Historical Society has elevated the preservation ethic in Chelan through community pride and education,” said Breanne Durham, Washington Main Street Coordinator. “These projects illustrate the importance of partners coalescing around shared goals.”

Excellence on Main, organized by the Washington State Main Street Program, celebrates communities, organizations, and individuals who are helping to achieve economic vitality and build sustainable communities through downtown revitalization and preservation. The Community Partnership Award is designed to recognize a Main Street organization and partner(s) who have demonstrated the highest and best degree of cooperation to benefit downtown revitalization efforts.

On 04/29/18 at approximately 10:30 PM, Douglas County Deputies received information that a warrant suspect,  20 year old Morningstar St. Peter of Spokane, was hiding at a residence on the 700 Blk. of Fairview Ave. in Bridgeport, WA.

The arrest warrant was for Escape From Community Custody.

They went to the house and knocked on the door.  When a female, the renter, answered the door, the deputies inquired if St. Peter was there.  At first the woman gave conflicting stories, then she went back in the house and came out with St. Peter.

St. Peter was arrested without incident and transported to the Okanogan County Jail.

Although the renter told Deputies she did not know if there were any additional people in her house, they discovered three males and one female inside.  The Deputies also noticed drug paraphernalia in the house.  The deputies secured the residence and applied for a warrant to search for illegal drugs.

The investigation is continuing.

The airport will be closed to the public on May 14 to allow Wenatchee general contractor, Selland Construction, to start the project. Methow Valley State Airport in Winthrop is the largest of 16 WSDOT-managed airports, serving commercial aircraft that weigh up to 30,000 pounds.

The runway is tentatively scheduled to reopen at the end of June to avoid interfering with the expected fire season operations of the United States Forest Service (USFS), conducted by North Cascades Smokejumper Base (NCSB). The NCSB is prepared to operate out of alternate airports as necessary until construction is completed.

WSDOT Aviation will issue an airport closure and Notice to Airmen (NOTAM), but will keep the airport’s Automated Weather Observing Station (AWOS) operational.

Three main phases for this pavement rehabilitation project include:

Phase 1 and Phase 2 are scheduled to be completed within the first 45 days. Once Phase 2 is completed, WSDOT Aviation will open the runway for public use with west side transient ramp access restrictions.

A fourth phase to expand the west general aviation aircraft parking apron to the south will be advertised in 2018 for construction in spring/summer 2019.

Manson School District Board of Directors announced the 2018 Blue and White Excellence Awards winners at its April board meeting. Nominations were submitted by staff, students and community members. Award recipients were: Elementary teacher Diana Soliday was the certificated winner. In the classified area there was a tie with Robin Hanson, head cook at the middle/high school and Jane Pratt, Paraeducator. 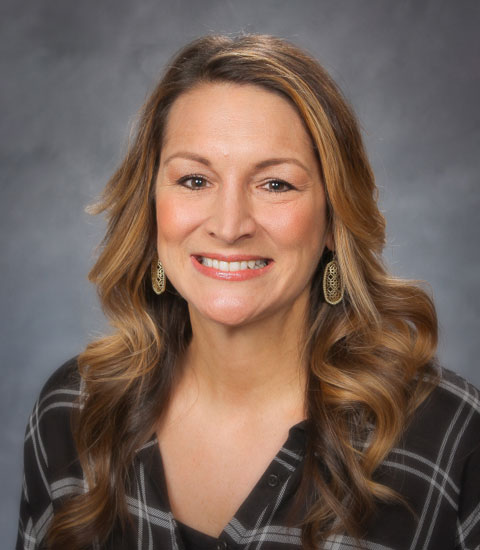 DIANA SOLIDAY – one co-worker shared, “She is a Goddess Warrior in education, and Manson Elementary is so fortunate to have her. With her superpowers of wit and determination, she engages student learning creatively. 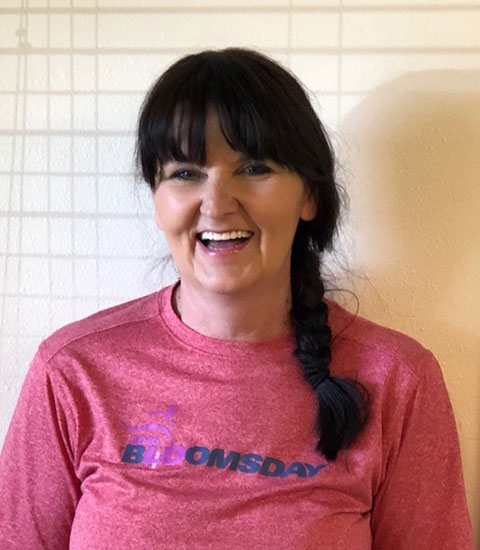 Robin works to make quality meals and have options for staff. She keeps a well-stocked salad bar offering great healthy options to HS/MS students and district staff. She is always involved in any way she is able to support the district with food items. Robin has gone out of her way to make so many events happen that include food in the district - family fit and fun night, STEAM night, Manson Inc and many others 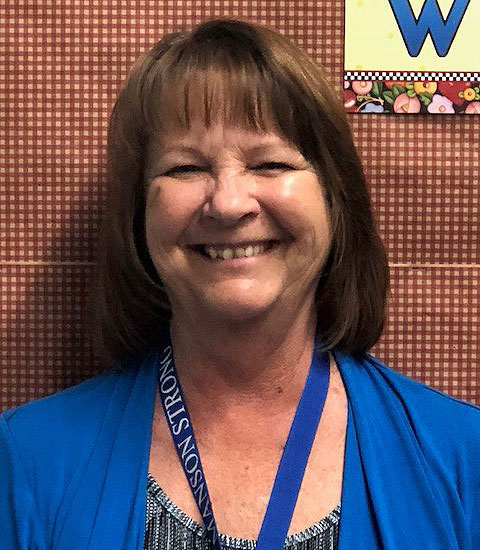 One co-worker stated, “I have known Jane for many years now and am always impressed with her commitment to the students she works with. She is always looking for new activities for them to try that will challenge them, keep them interested in learning, and help them grow.” 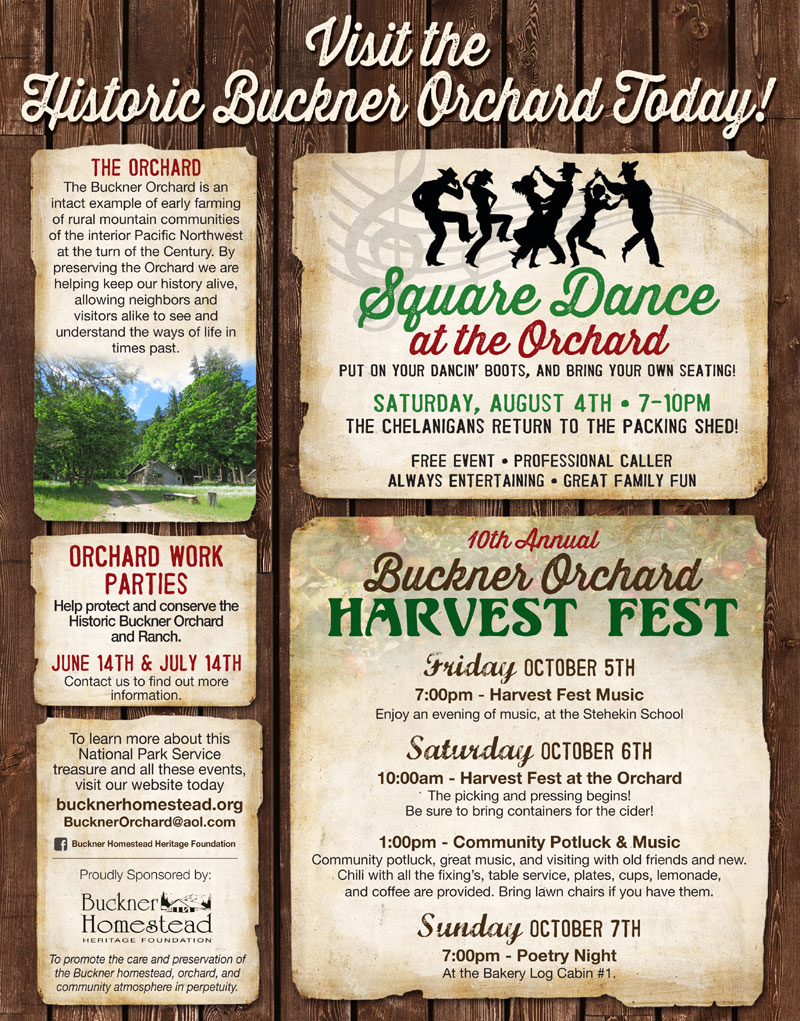 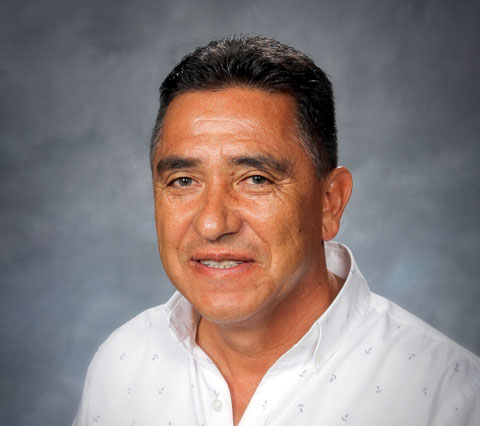 A new face for our soccer program but a familiar one in our schools…Gilberto Romero, who has worked as a para educator in our elementary school for several years, has accepted the Girls Head Soccer coaching position. Mr. Romero has coached high school soccer for the past 18 years both for boy and girls. He is very excited to join the coaching staff at Manson High School this fall. 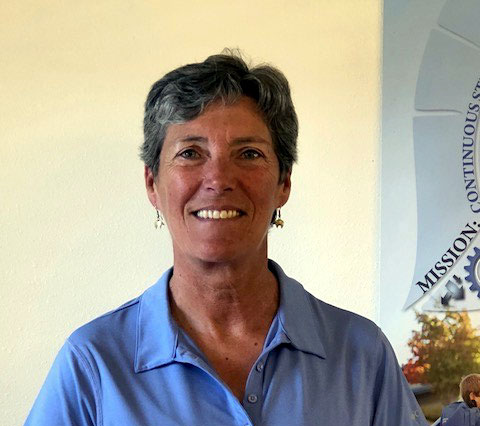 Pam Banks will be our Girls Head Basketball Coach for the upcoming season. Ms. Banks comes to us with a wealth of knowledge and experience both as a player and a coach. Pam played at the University of Washington and has coached at Shoreline Community College and was the assistant at Lakeside High School. She also worked for Seattle Park and Recreation Department for over 30 years.

Initial reports indicated a control burn had spread due to wind conditions.

Command 7, Brush 71, Brush 79, with five personnel made the initial response and arrived on scene to a two acre grass/brush fire in light to medium fuels slow moving to the south.

Brush 71 and Brush 79 were able to contain the fire within 30 minutes.

Tender 74, Chief 701 and a volunteer firefighter arrived on since shortly thereafter to support the initial attack teams.

Also responding, but cancelled after the fire had been contained was Tender  73 and six additional volunteer firefighters.

Chelan Fire and Rescue encourages everyone to be safe and maintain an awareness of wind and fire conditions as you finish your burning. If you think you might need help containing a control fire, please call while it is small and manageable.