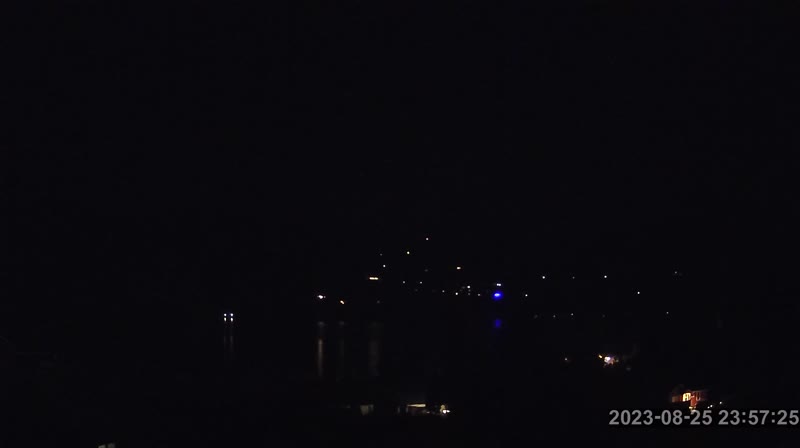 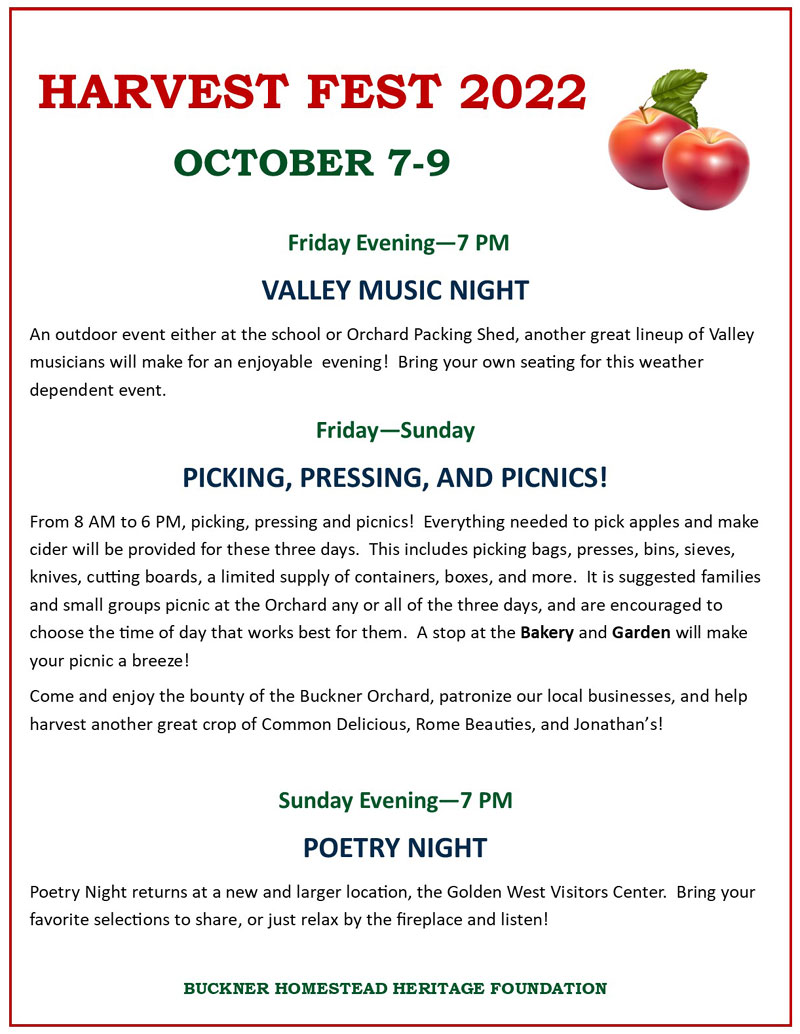 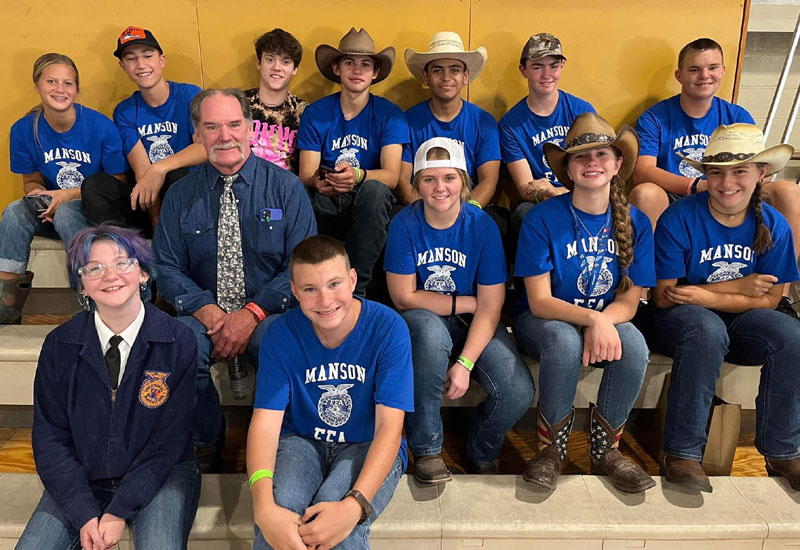 The Manson FFA had 13 members attend the Chelan County Fair in Cashmere this past weekend receiving many awards and ribbons.  Kevin Amsden shared the following:

The students showing market hogs were:

Isabelle received a red ribbon (just missing the cut for a blue ribbon in the Fitting and Showing Sheep Division.

The Manson FFA Horse Judging Team placed 1st, followed by 2nd in Livestock which secured them a 3rd place sweepstakes banner for overall judging contest among all the schools.

The Manson FFA would like to give a big thank you to all the parents and friends that helped support us at fair, from those that did barn decorations, to cooking meals, to help transport animals and students to fair. It would not happen without your help. Thank you

Preventing litter is “Simple As That,” says new campaign in Washington 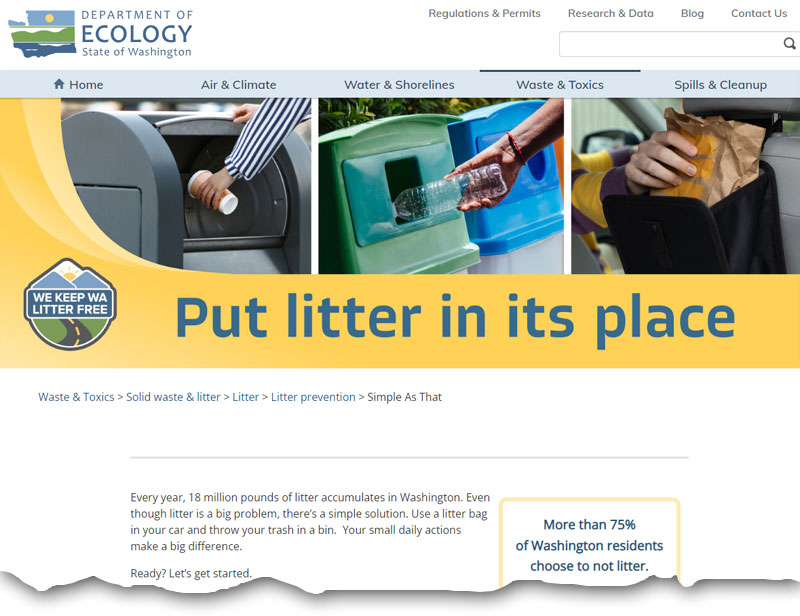 OLYMPIA – More than 75% of Washington residents choose to not litter and about 26% of litterers would be motivated to stop if a friend, family member, or passenger asked them to refrain, according to 2021 research commissioned by the Washington State Department of Ecology (Ecology). These numbers sound promising, but the truth is that more than 18 million pounds of litter accumulate annually on Washington’s roads, parks and recreation areas.

Preliminary results from a 2022 statewide litter study show 24,001 litter items per mile on Washington’s urban interstate highways. Plastic food wrappers, snack bags and cigarette butts are some of the most commonly found items. In Ecology’s 2021 research, people also identified not having a car trash bag as the top reason that they litter.

The Washington State Department of Transportation (WSDOT) and Ecology together spend more than $9 million annually on cleanup efforts – pickup crews and volunteers collected 357 tons of garbage in July alone. Unfortunately, this is only a small fraction of what is tossed on the road, and millions of pounds of waste gets left behind.

“Litter adds up when we don’t make simple choices to properly dispose of garbage. It damages our environment, hurts wildlife, and threatens public health, safety and our economy,” said Washington Gov. Jay Inslee. “Ultimately, our success is determined by people choosing to not litter.”

Ecology’s "Simple As That" campaign is designed to help prevent litter by changing the behaviors that cause it. The campaign gives people simple tips to avoid littering and motivates them to talk to their friends and family about living litter free. It encourages Washingtonians to:

As a part of the campaign, Ecology is running statewide advertising in English and Spanish and partnering with Fred Meyer stores to give away free car litter bags to shoppers across the state. In addition, it is distributing a Litter Prevention Toolkit to allied government agencies, jurisdictions and nonprofit organizations to help reach Washington residents.

“Litter is a big problem with simple solutions. Small actions like keeping a litter bag in your car to collect garbage can make a huge difference,” said Amber Smith, statewide litter prevention coordinator at Ecology. “It’s critical for us to stop litter at its source. When you take care of your trash the right way, you help create a litter free Washington and set a good example for others. We need everyone to do their part.”

This effort is a part of Ecology’s ongoing We Keep Washington Litter Free campaign in partnership with WSDOT, the Washington State Patrol and the Washington Traffic Safety Commission. The campaign focuses on different littering behaviors through several sub-campaigns, including the significant safety and environmental impacts of unsecured vehicle loads.

From January through July 2022, 816 tons of litter and debris were removed from Washington roadsides. This work was done by WSDOT’s maintenance crews, Ecology’s Youth and Adult Corps, Department of Corrections crews and WSDOT’s Adopt-a-Highway volunteers. Of the 357 tons of litter collected in July, 36 tons were cleaned by Adopt-a-Highway volunteers.

To learn more about this campaign, visit LitterFreeWA.org/simple or PorUnWAImpecable.org/simple. 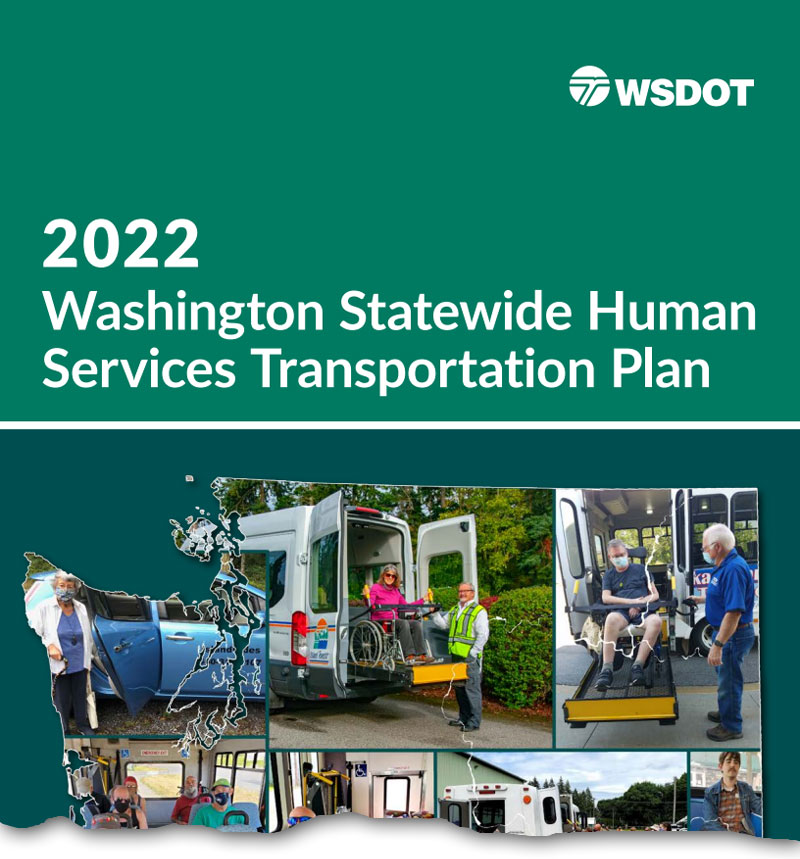 Addresses transportation and mobility access for people with special needs

OLYMPIA – Four years in the making, the updated Human Services Transportation Plan is now available. The report is the handiwork of subject matter experts, transportation providers, social services organizations, tribes, the public and other stakeholders.

Every day, people across the state rely on human-services transportation as their sole source of access to jobs, school, medical appointments, the grocery store and much more. The plan identifies gaps and barriers that create mobility challenges for people with special transportation needs. It also provides strategies for addressing those barriers while also highlighting innovations and emerging trends.

“It’s critical that everyone in our state has convenient access to reliable transportation, no matter their age, income, physical ability or where they live,” said Public Transportation Division Director Brian Lagerberg. “This plan provides our partners with a blueprint for serving the people who need efficient and specialized transportation options the most.”

The plan informs local and regional plans while guiding future investments in special needs transportation for communities across the state. WSDOT collaborated with the Disability Mobility Initiative to better understand the experiences of those who cannot drive and face barriers to transportation access that many may take for granted. These experiences bring the plan to life and show a larger picture of the consequences of transportation challenges faced by many Washingtonians.

The plan is available online in English, Spanish and Russian.

Music at the Orchard in Stehekin - Sept 17th 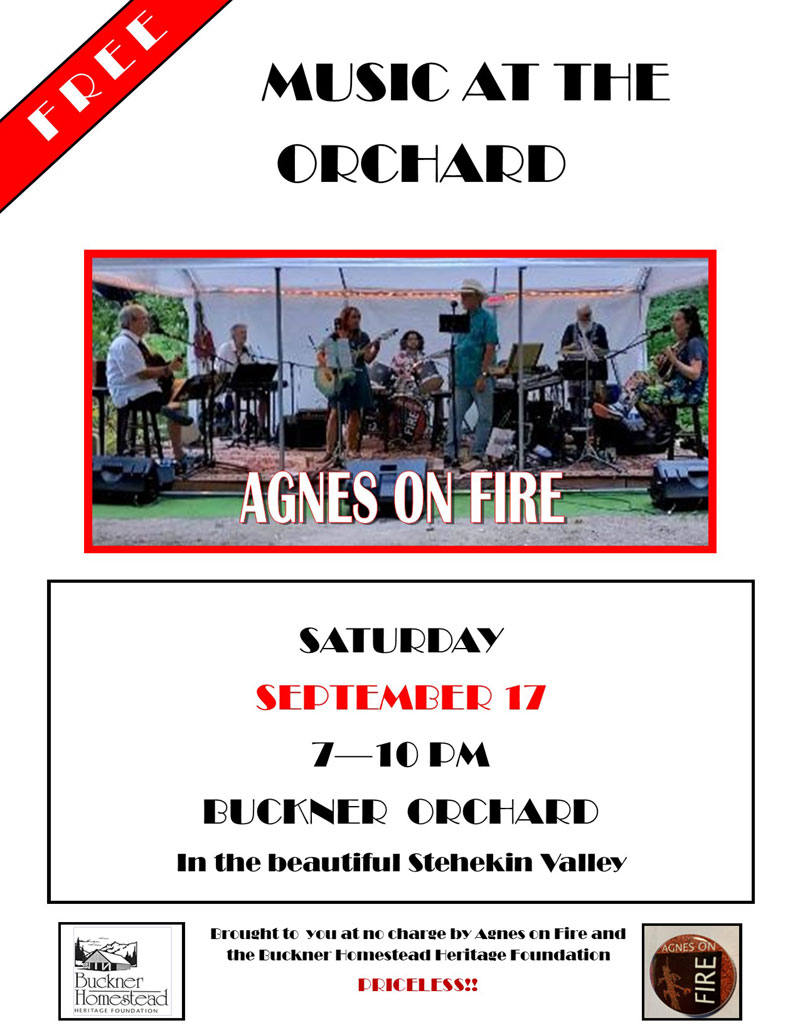 One last hooray for summer? Plan ahead now for a busy Labor Day travel weekend

OLYMPIA – Labor Day often heralds the final moments of summer before fall activities begin. For people who plan to travel on the popular three-day weekend, now is the time to make travel plans and expect congestion on most routes.

The Washington State Department of Transportation encourages travelers to consult the holiday traffic volume charts to determine best times to travel, including times to avoid if possible. The Interstate 5 Canadian border forecast is not included due to unreliable pandemic travel data the last several years. Travel charts are based on 2019 pre-pandemic volumes.

Travelers should also check ahead for any COVID-19 safety requirements at their destinations or stops along the way.

By following these steps, travelers can “know before they go” and plan ahead, whether they’re just traveling across town or across the state:

Most state highway construction work is suspended through the holiday weekend – including Monday, Sept. 5 – to ease congestion. However, please stay alert for new lane shifts or work zone staging areas that may remain in place. And please give any emergency repair crews plenty of space to work safely.

No construction is planned on I-90 from Friday, Sept. 2, until to Tuesday, Sept. 6. However, the usual holiday increase in traffic volumes means travelers should expect delays, especially eastbound on Friday and westbound on Monday (see charts for more detail). Text message alerts about significant delays are available by texting the words “WSDOT Snoqualmie” to 468311.

In the Puget Sound, weekend toll rates will be in effect on Monday, Sept. 5, on the State Route 520 bridge and SR 99 tunnel. The I-405 express toll lanes will be free and open to all drivers on the Monday holiday. Out-of-town travelers, including those using rental cars, can learn about toll roads and temporary account payment options on the Good To Go! visitors page visitors page.

Ferry travel People boarding a state ferry by vehicle should prepare for long waits. Peak travel times on most routes are expected to be westbound Thursday through Saturday, Sept. 1-3, and eastbound, Sunday through Tuesday, Sept. 4-6. Customers also can bypass vehicle lines by traveling as a walk-on passenger.

Travelers making a trip by train, personal aircraft or bus also should plan ahead to avoid holiday delays:

Stehekin Post Office needs new Postmaster or it may close

STEHEKIN POST OFFICE CLOSING
This is a very real possibility!
The notice below is posted in the Stehekin Post Office and is self-explanatory.

This message is provided as a community service by the Foundation, with the hope that housing or someone with housing and an interest will step forward to help fill this critical community need.
Contact us at 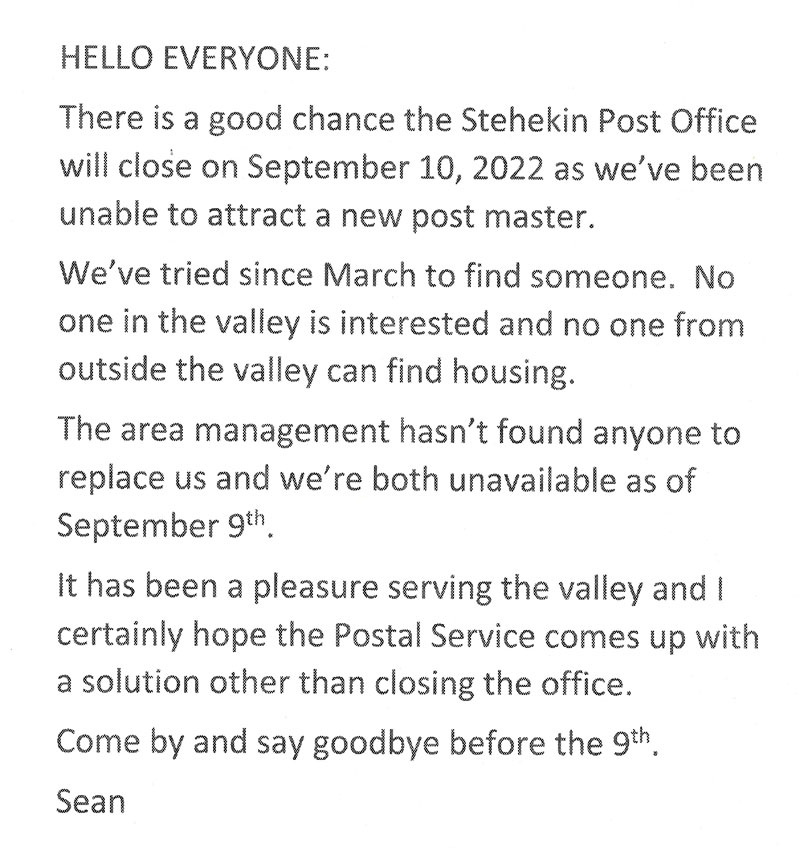 On Saturday, August 6, 2022 the Chelan County Sheriff’s Office received a report of a burglary that took place at a storage unit on McKittrick street in Wenatchee, WA. It was reported that over $10,000 of property was taken from the storage unit, to include the ashes of the victim’s mother.

On August 11, 2022 the Chelan County Sheriff’s Office Detectives and the Columbia River Drug Task Force conducted an operation to recover the stolen items, after a Facebook Marketplace post was discovered of someone attempting to sell the stolen items. Detectives arranged to meet the suspect at a public location in Wenatchee, WA and purchase some of the stolen items. The Columbia River Drug Task Force Detectives conducted surveillance on the suspect’s residence and observed him loading the stolen items into his vehicle. During this surveillance, Detective’s observed the suspect meet at a separate location and conduct a drug deal with another subject. It is suspected that this transaction involved the drug Fentanyl. After the suspect conducted the drug deal, he proceeded to the arranged location in Wenatchee, WA and was subsequently arrested for Trafficking stolen property- 1st degree, Possession of stolen property-2nd degree, and Unlawful delivery of a controlled substance.

The Chelan County Sheriff’s Office Detectives and the Columbia River Drug Task Force served a search warrant on the suspect’s residence in East Wenatchee, WA and recovered a majority of the stolen items from the burglary. The victim’s mother’s ashes were also recovered. This investigation is ongoing and additional charges for the suspect are pending.

This operation would not have been successful without the great collaboration between the Chelan County Sheriff’s Office Detectives and the Columbia River Drug Task Force.

We have 109 guests and no members online