You know, I’ve been hearing a lot of comments, both pro and con for the upcoming hospital bond.  Just when I think I’ve got it down… I realize I have another question.  You, too?  And it’s REALLY important that we vote.

Well, we’d like to invite you to join us here at the Lodge on Wednesday, March 15th, from 6-8pm.  Join us for a glass of wine or a cup of coffee, a light snack and some enlightening conversation.  Community members from Citizens for a New Hospital will be on hand to share important information about the upcoming hospital bond, and provide an opportunity for you (and me!) to ask questions.

Gerry and I are very pleased to host this event for our Lake Chelan Valley friends and neighbors!  We really hope you’ll join us!

If you are unable to make OUR conversation, please reply to this email and I’ll fill you in on others.  Oh!  And, please, invite your friends.  It’s really important that we make INFORMED choices.   And in America, we do that by voting.  😊

Manson Teachers would volunteer themselves to have a jar with their name and face on it, and through the week if a student wanted them to kiss a goat they donated money.

At the end of it all the winners were Mrs. Koth and Mrs. Carlton, all the money that was raised went to Esteban Escoto who is battling cancer.

Manson FFA raised a total of one hundred and ninety dollars in total thank you for all of your support and to the students that donated. 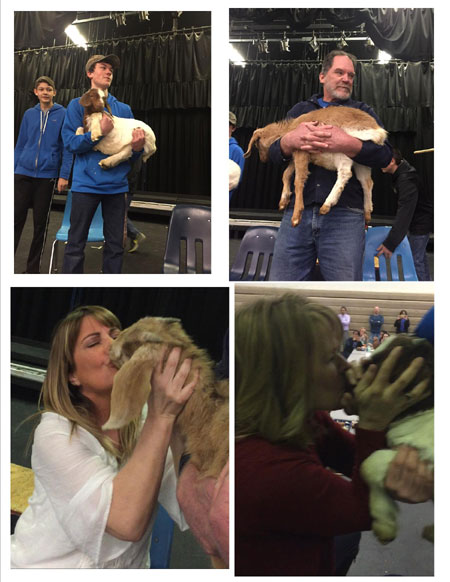 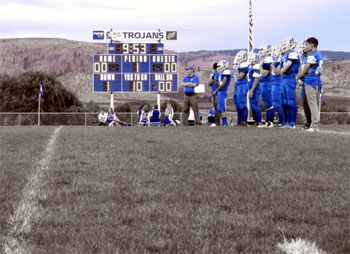 Manson, Washington. – March 6, 2017 – After six seasons as Manson High School’s Varsity Head Football Coach, Scott Ward has made the decision to resign from his coaching position. Ward shared his appreciation for Manson High School athletics with our great student-athletes, parents and community. Ward had a successful tenure as Head Coach. In 2011 he lead the team to a league championship and in each of the last two season the team qualified for the district playoffs.

“Scott loves to teach the game and to develop players. I was impressed with his ability to see potential in kids and develop it.” – Eric Sivertson, Athletic Director

Beyond serving as the Varsity Head Football Coach, Scott was an assistant football coach for three years and a basketball assistant for two years.

Manson High School begin its search for a new Head Coach immediately. A committee will review applicants and help to find a coach that can build on the foundation developed by Coach Ward.

The Detectives are still conducting follow up interviews and trying to gather more information related the details of Mr. Smith’s disappearance and locating his remains.

This program is for kids in Kindergarten through 6th grade.

Forms can be completed at the Parks Office (142 Pedoi St.) or online at www.mansonparks.com.

Office hours are Monday through Friday 9am - 4pm.

THE LAST DAY FOR SIGN-UPS WILL BE TUESDAY, MARCH 14TH.

The office will remain open until 6:00 p.m. to accommodate working parents.

Registration Fee is $15.00 for instructional T-Ball age children and $20.00 for all others. 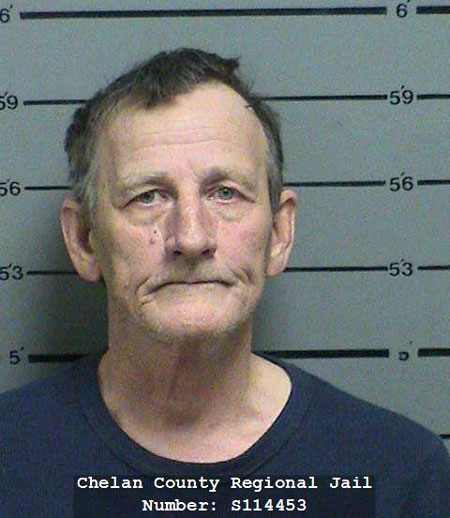 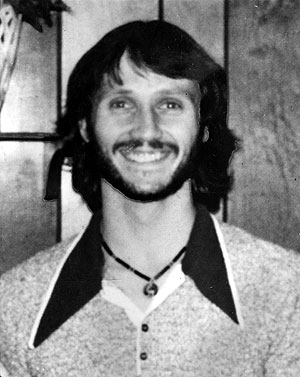 On July 18, 1982 30 year old Cashmere resident Stephen E. Smith was reported as a missing person by family members. Mr. Smith was last seen at his home on or about July 12, 1982. Mr. Smith’s car, a 1966 Pontiac Tempest was found abandoned several days after the report of his disappearance, on Dead Man’s Hill road near Dryden, in Chelan County. The initial investigation concluded in 1982 and Mr. Smith has never been located.

If you have any information regarding the disappearance of Stephen E. Smith please call the Chelan County Sheriff’s Office at 509-667-6842 and leave your contact information and a detective will return your call.

You can also go online to our web page, http://www.co.chelan.wa.us/sheriff and use the submit a crime tip tab or message us on Facebook. 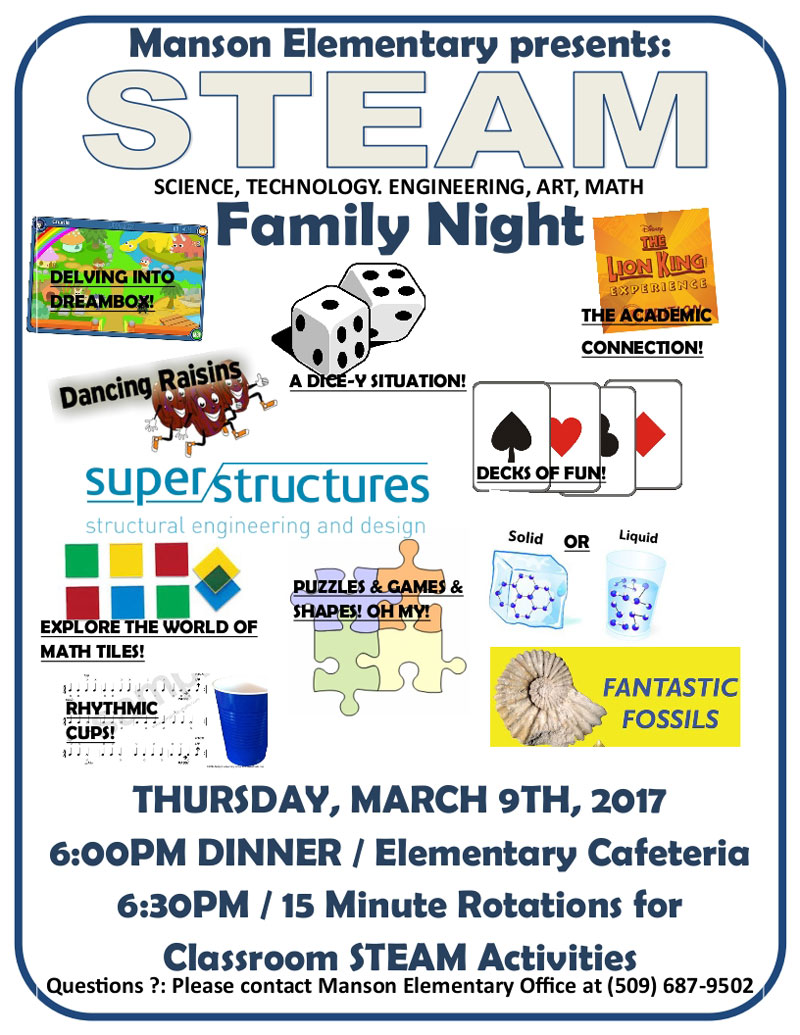 There were eight high schools with a total thirty-three teams vying for top spots in the competition.  It was by far the largest tournament of the season.

In addition to the Manson Knowledge Bowl team, there were teams from: Okanogan, Liberty Bell, Tonasket, Cascade, Omak, Chelan, and Waterville.  The competition was fierce and fun.

The questions were unbelievably challenging from various academic disciplines (e.g. “The Delian Amphictyony was centered on what Aegean Island?” Answer: Delos or “What kind of plain results in the penultimate stage of fluvial erosion?” Answer: peneplain).

With over 160 people participating in different roles (i.e. readers, participants, coaches, timekeepers, scorekeepers, and supportive parents.), it was a great success.

The Manson Knowledge team took 10th place in a tournament that featured past State contenders.

The Manson Knowledge Bowl team wants to thank the administration, faculty, staff, and community for all their help in making this tournament a memorable experience for all. 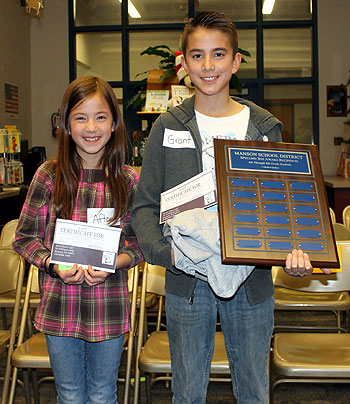 Our 2017  District Spelling Champion is Grant Torgesen, 8th grade, and the runner up is his sister, Afton Torgesen, 4th grade.

Twelve students spelled off with each other to a packed house.  The 2017 district bee was one of the longest spelling rounds Manson ever experienced.  The final four students lasted 17 rounds of spelling with two students left in round 18.

Afton spelled out on the word "patronymic" and Grant went on to win the Championship round by spelling "tenaciously".

Our two spellers will now move on to the NCW Collaborative Spelling Bee in East Wenatchee on March 16th.  Congratulations to all those who participated in the District Spelling Bee.